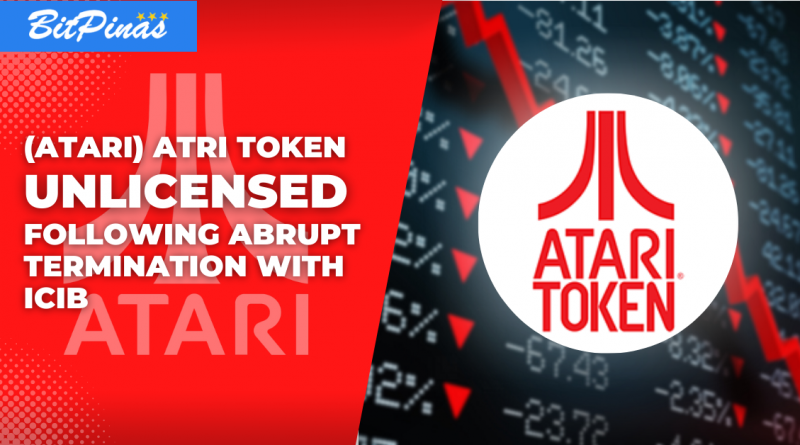 Effective immediately since  April 18th, 2022 Atari SA and its subsidiaries declared that it has no intention to continue the joint venture with ICICB and asks them not to use their brand name in any kind of representation.

“Atari disclaims any interest in the […] Joint Venture, currently promoted as Atari Tokens, and related websites, whitepapers and social media channels are unlicensed, unsanctioned and are outside the control of Atari.” – Atari

According to the company, before they terminated the joint venture agreement, their blockchain team took a snapshot of the current value of Atari Tokens, and token holders will be able to exchange their cryptocurrency for currency of equal value from its next chain.

Atari stressed that tokens acquired after that snapshot was taken will not be eligible. Also, the company advised token-holders that even though it shares a name with the token, it should not be looked at or expected to provide guidance on the token’s value.

Despite the termination of the joint venture, the video game company is still optimistic about venturing into the crypto space as it outlined its plan to distribute, manage on its own and construct its own token which will focus on community, utility, and gaming.

“Atari remains enthusiastic about the potential for blockchain initiatives and continues to establish and pursue strategic ventures and partnerships in the space,” the company wrote in a press release.

In regards to the company being a video game firm, Atari’s blockchain division is supposedly working on ways for blockchain tech to work with the Atari VCS, however there are still no major developments announced so far.

On the other hand, other gaming giants have also ventured into the crypto space since 2021.

While Valve, video game developer, PC game store and mother company of Steam, bans all blockchain games that feature NFT or cryptocurrencies on its video game digital distribution service. However,  its rival, Epic Games stated that it is open to letting games that use blockchain technology and NFTs onto its PC store.