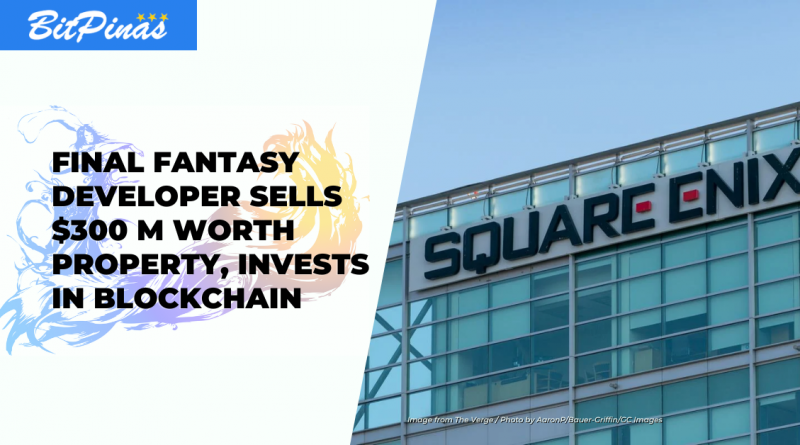 Japanese video game company Square Enix—known for developing games like Final Fantasy, Kingdom Hearts and Dragon Quest—announced that it signed a share transfer agreement with Sweden-based Embracer Group AB, and sold some of its overseas studios and Intellectual Properties (IPs).

“The transaction enables the launch of new businesses by moving forward with investments in fields including blockchain, AI, and the cloud,” according to the company’s announcement.

Aside from entering the blockchain, Square Enix also said that the reason for selling some of its property is to adapt to the changes in the global business environment.

In addition, the company revealed last year that it will begin to move under the medium-term business strategy unveiled.

One of the IPs that Square Enix sold is Tomb Raider: it is one of the most well-known video game franchises of all time with arould 88 million copies sold; the company owned the game’s IP for more than a decade.

According to a report of online media website CBNC, gaming analysts were surprised because the deal price was too low, however it is maybe because the company had long been seeking a buyer.

In March 2021, Square Enix entered the world of NFTs and partnered with Japanese blockchain gaming tech company Double Jump Tokyo, creating digital assets for the video game franchise. Then, at the start of 2022, Yosuke Matsuda, the company’s President, declared that the company will invest more in blockchain throughout the year.

The said deal between the Japan-based and Sweden-based firms is expected to complete in the third quarter of the year.

“Going forward, the Company’s development function will comprise its studios in Japan, Square Enix External Studios, and Square Enix Collective. The Company’s overseas studios will continue to publish franchises such as JUST CAUSE, OUTRIDERS, and Life is Strange,” Square Enix concluded.

This article is published on BitPinas: Final Fantasy Developer Sells $300M Worth IP, Including Tomb Raider, to Invest in Blockchain