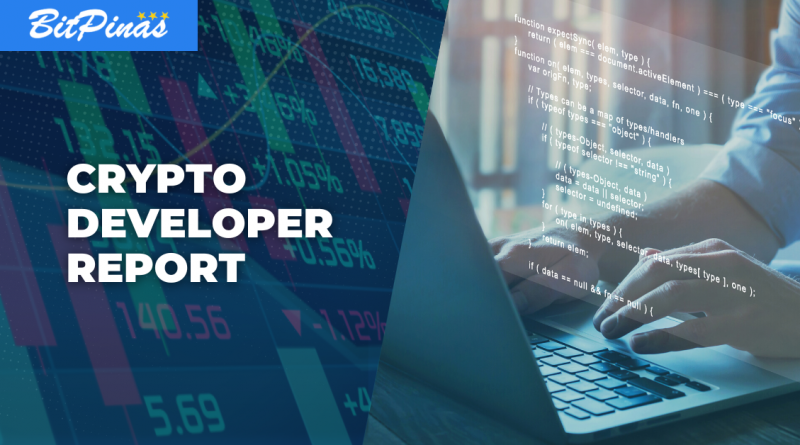 As per the data of the platform in January, it showed that there were about 3,700 daily developers active, a significant difference compared to almost 1,600 on December 14.

Moreover, Token Terminal noted that Solana saw the largest reduction, from roughly 2,500 devs in January to 75 developers as of this writing. The protocol, however, insisted in a tweet last month that thousands of developers are working on the platform.

As per the methodology of Token Terminal, determining an “active developer” is based on the “number of distinct GitHub users that made 1+ commits to the project’s GitHub repositories during the past 30 days.”

According to Chris Eberle, an angel investor and contributor at Coordinape and PleasrDAO, the decline of daily active devs in the industry is not surprising to see:

“2022 has been punch after punch for crypto. The impact to the market and the overall brand of crypto is just brutal.”

Moreover, Eberle cited the crypto debacles that happened this year, including the recent collapse of crypto exchange giant FTX and the failure of centralized lender Celsius. He noted that these events have created “one big ball of pain” for the crypto industry, which has also contributed to the decline in active developers to date.

Recently, a month after the FTX collapse, the founder and former CEO of the exchange, Sam Bankman-Fried, was arrested by Bahamian authorities and is now facing charges of wire fraud, conspiracy to commit money laundering, and campaign finance violations, as well as for orchestrating a “massive, years-long fraud” in which he diverted billions of dollars of FTX customer funds for “his own personal benefit.”

On the other hand, last June, centralized marketplace platform Celcius decided to suspend all withdrawals from its platform after the crash of Terra and Luna and the continuous downtrend of Bitcoin. Following this decision, the price of their cryptocurrency, Celsius (CEL), dropped by 70%.

Cryptocurrency hedge fund Three Arrows Capital (3AC) also suffered losses due to the Terra crash, as it suffered unprecedented losses because of the recent decline in cryptocurrency market prices. Currently, Do Kwon, the chief executive officer and founder of Terra, is also facing legal consequences and has been placed under a red notice by Interpol.

In the Philippines, local builders are still expressing bullishness despite the crypto winter,, citing that it is “the best time to build:”

This article is published on BitPinas: Report: Active Crypto Developers Decreased by Nearly 60% in 2022