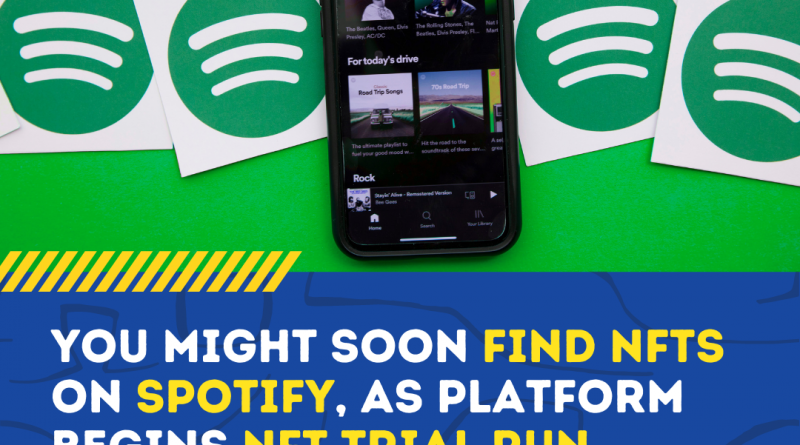 One after another, big tech and global companies are jumping into the growing non-fungible token (NFT) trend. And the latest one to venture is major music streaming platform Spotify.

(What is NFT? Check out the BitPinas guide here.)

As first reported by Music Ally last May 13, Spotify has rolled out the testing for an option to include NFT galleries on musicians’ profiles for some selected users on Android in the United States. If the trial succeeds, the embedding of NFTs would serve to improve artist and fan experiences.

The test currently includes NFT previews for artists like DJ and producer Steve Aoki and indie rock band The Wombats — both of which are known for their adoption of NFTs.

“Spotify is running a test in which it will help a small group of artists promote their existing third-party NFT offerings via their artist profiles… We routinely conduct a number of tests in an effort to improve artist and fan experiences. Some of those tests end up paving the way for a broader experience and others serve only as an important learning,” a Spotify spokesperson said in a statement to Music Ally.

Some Spotify users shared on Twitter that they’d received the NFT-related survey from the streaming service.

Spotify noted that they will not sell NFTs directly, however, as users will need to tap through to an external marketplace to make purchases. The streaming platform said it will not take a cut of the sales as part of the test.

Prior to this, Spotify entered the web3 world earlier this month with the May 3 launch of “Spotify Island” on Roblox.

Spotify already set its eyes on web3 since it posted two job ads last March for working with early-stage web3 projects. The first job offer is for a senior manager of Innovation and Market Intelligence who has expertise in emerging trends, “especially as it relates to” creators, Web3 and other technologies. The other job opening  is for a senior backend engineer who can help “uncover the next growth opportunity leveraging new technologies, like Web3.”

Aside from Spotify, Meta-owned photo-sharing platform Instagram will also allow the display of NFTs in its application soon. Meta CEO Mark Zuckerberg confirmed in a post that the company will start testing NFTs on the platform, with “similar functionality” coming soon to Facebook. (Read more: Instagram Testing NFTs This Week; Facebook To Begin Soon)

The Philippines, the country that ranked first in the adoption of NFTs based on a survey back in 2021, have seen several celebrities venture into the space that further promoted the adoption and popularity of the tokens. (Read more: Who are the Pinoy Celebrities Joining the NFT Craze?) 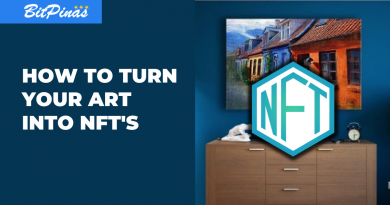 NFT FAQ: How to Turn Your Art into NFTs to Sell Online 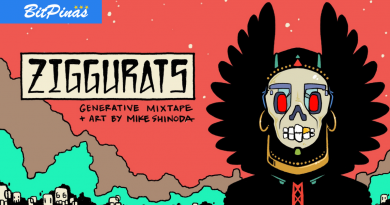