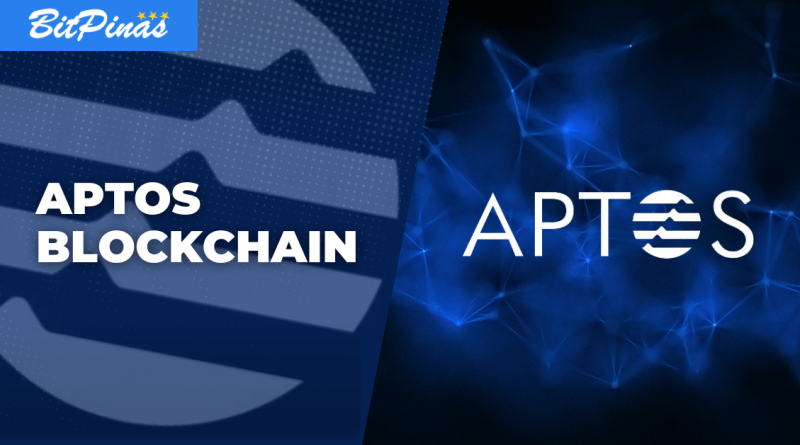 Aptos Labs Blockchain, finally launched on the Mainnet last Tuesday, October 18, 2022. It is a layer 1 blockchain claiming to be “engineered to evolve.” Priorly, the blockchain completed its “genesis transaction” on October 12.

“This is step one in a long journey to create universal and fair access to decentralized applications for billions of people through a safe, scalable, and upgradable blockchain,” Aptos shared in a statement regarding the launch.

However, just hours after it was launched and started trading on major exchanges, the price of its coin crashed by 50%.

As smooth as they thought it would be, the blockchain already faced difficulties regarding its tokenomics a few hours after it launched. Although the firm released a summary of its token distribution after its launch, it still received criticism regarding the amount of its native Aptos (ATP) tokens in possession of private investors.

A total of 1 billion ATP are meant for the initial supply at launch, 510 million of it were distributed to community members, 190 million was given to core developers, and the remaining to the Aptos Foundation and private investors.

Aptos then stated that their tokenomics are “designed with the community and fairness at its center.”

Moreover, according to Aptos, the tokens held by private investors and current core contributors will be utilized for a four-year lockup schedule from the mainnet launch.

But a developer claiming to have worked on Aptos staking, Paul Fidika, disclosed that he stopped working on Aptos because of its dodgy tokenomics. According to him, the foundation handpicked all the validators on the network.

“All 101 validators were hand-picked by Aptos Labs / Foundation. You had to sign an arbitration agreement in the Cayman Islands to be included in the validator set,” Fidika revealed.

Before the launch, Aptos boasted about its 130,000 transactions per second (TPS), however, at launch, it was reported to have only 4 TPS speed. Its speed was even slower than Bitcoin which is at seven TPS.

Twitter user @ParadigmEng420, also looked at the transaction record of the blockchain and noted that the majority of those are “not actual transactions, they are merely validators communicating and setting block checkpoints and writing metadata to the blockchain.”

According to Aptos co-founder Mo Shaikh, the low TPS does not represent the network’s capacity and was “the network idling ahead of projects coming online, saying the transactions per second number should increase with more activity.

“Acknowledged that it could have gone better. Building a decentralized protocol from the ground up is tough!” he tweeted.

Aside from the issues around its tokenomics and speed, community members also pointed out how Aptos shut down their server, “pretending the launch went smoothly.”

To address the unavailability of channels, Shaikh said the service was muted to protect community safety.

“Most projects mute channels due to the high amount of scams… Community safety is a high priority,” he explained.

Since the launch, the value of their token has been in a pump-and-dump motion. On the global cryptocurrency exchange Binance, ATP briefly spiked to as high as $59.39, then crashed to under $10.

As of writing, the current value of the token went up by 8% and is trading at $7.52, as per CoinGecko data.

What is the Aptos Blockchain?

The Aptos blockchain network was developed by former Meta employees. It was under development for four years by the team behind Facebook’s failed Diem crypto project.

Diem, previously named Libra, was revealed by Meta last June of 2019. The project aimed to offer a universal cryptocurrency that could be accessed by digital wallets, but its launch was postponed several times.

Then, in 2022, it was sold without even getting launched. The intellectual property and other assets of the Diem Payment Network were officially sold to Silvergate Capital Corporation on January 31st. (Read more: Facebook’s DIEM Formerly Known as Libra Shuts Down Without Ever Launching)

This article is published on BitPinas: Aptos Blockchain Crashes after Launch, Faces Concerns Over Tokenomics