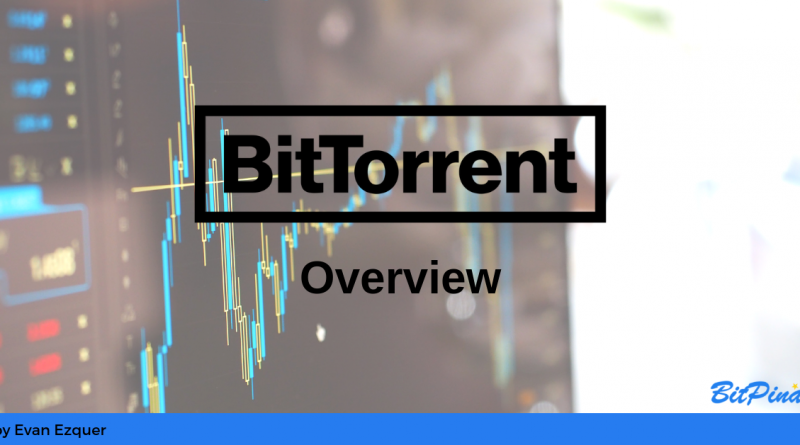 Last 2018, Justin Sun (the founder of Tron) acquired BitTorrent, a well-known file-sharing company. The goal was to incorporate crypto technology with the decade-and-a-half old internet company at the same time taking advantage of its 100 million monthly active users.

BitTorrent is known as the world’s biggest decentralized ecosystem.

The BitTorrent token (BTT) was launched last January and raised $7.2 million in under 15 minutes via Binance Launchpad.

The token is built on top of the Tron blockchain (TRC-10 standard) and is outlined to be the new foundation of the BitTorrent protocol. This protocol is implemented in various BitTorrent clients such as Bitlord, μTorrent,and many others to allow internet users to share files all over the internet, through torrent-aggregate websites like Thepiratebay, 1337X, etc. These files may be movies, games, music, ebooks, or just about anything digital.

Furthermore, the technology is open source and its use-case is not limited to torrents, but it is also being used by Facebook, Amazon, as well as many other companies and government agencies.

At the moment, licensed cryptocurrency exchanges in the Philippines do not have the option to purchase BitTorrent. There are two options but rather with Bitcoin and not fiat:

The benefit of using the BitTorrent protocol is that it allows high-speed downloads since the files are not stored in a single server. Instead, it is shared in a peer-to-peer fashion allowing users to download fragments of a file/files from multiple computers (called a swarm), and consequently, prevent network congestion.

However, it’s not a perfect system because if there are too many downloaders (also called leechers) relative to its swarm at a given time, downloads could still slow down.

In response to this, BTT is to be used to pay for prioritized access to the file-sharers (called seeds/seeders) of a swarm. This is the main use-case of BTT and will grant the people the ability to truly use the token instead of mere speculation.

Before the Tron acquisition, there were no incentives for BitTorrent seeders to seed longer. It was all altruism and as result, a lot of files become dead (no seeders or no swarm) after a certain period of time. Therefore, another purpose was given to BTT, which is to incentivize seeders to seed longer by giving them financial rewards (most likely in the form of BTT).

All in all, the BitTorrent token is a promising cryptocurrency backed by more than a decade of usage, a hundred million monthly users, and one of the top blockchain ecosystems (Tron) today. As such, it is aimed by its founders to bring crypto technology close to the mainstream stage.

[…] There you will find 56315 more Info on that Topic: bitpinas.com/cryptocurrency/buy-bittorent-btt-philippines/ […]

one up chocolate bar

[…] There you will find 62738 additional Info on that Topic: bitpinas.com/cryptocurrency/buy-bittorent-btt-philippines/ […]

[…] Read More on on that Topic: bitpinas.com/cryptocurrency/buy-bittorent-btt-philippines/ […]