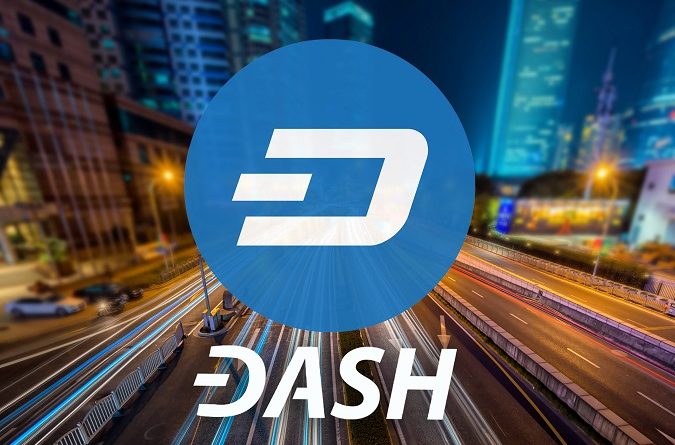 This article is heavily modified on October 2, 2018.

In this article, we will give you a brief introduction on DASH, its lifetime price chart, the Dash core group, and how to purchase the token in the Philippines.

Mr. Duffield was a bitcoin enthusiast since 2010 and together with his fascination, he was also eager to solve its transaction speed and lack of privacy. He had numerous ideas on how to make it happen but was shut down by the bitcoin core community as this will change the core’s code.

He then decided to create a new cryptocurrency based on the core’s code on January 18, 2014. This token was initially called “Xcoin” and then was changed to “DarkCoin” and finally settled with the name “Dash” in March 2015.

Dash has a unique peer-to-peer network that is fully incentivized. 45% of the mined coins go to miners, another 45% goes to the masternodes, and 10% to fund the system. The coin’s total supply is 18 million dash.

With a mission that Dash be used just the same as cash, it has InstantSend. This allows payments to get confirmed instantaneously (less than 1 second). Dash can also avoid “double spending” –  which is a glitch that can cause a digital token to be spent more than once.

Aside from InstantSend, Dash also has PrivateSend. This feature mixes the coins through its *Masternodes to make transactions nearly impossible to track.

Dash also has a self-governing and self-funding protocol. This means everybody has a voice. If you have a proposal that can help it grow and improve, you just need to send it directly to the network for funding and win your case.

*Masternodes – Dash has a two-tier network, unlike Bitcoin’s one-tier. In Bitcoin, all the necessary jobs are handled by the miners. Dash, however, has miners creating the blocks and the Masternodes doing the PrivateSend, InstantSend, and governance functions.

Where to Buy Dash in the Philippines

Abra is a cryptocurrency wallet and exchange app available in the Philippines. Currently, it has three natively supported coins bitcoin, litecoin, and bitcoin cash. Abra users are now able to do direct deposits and withdrawals using these three tokens.

In using Abra to purchase DASH, you will need to fund your account first. You can either have a PHP, BTC, LTC, or BCH in your account. If you want to make a deposit first using your PHP, you can do so using its partner Tambunting pawnshops. You can also transfer your BTC from your other wallet to your Abra wallet. Once funded, you can now exchange your fiat or any of the three tokens to DASH within the app.

The steps shown above is also applicable to other traditional cryptocurrency exchanges.

If you still don’t have any bitcoin funds, you can purchase BTC using the top cryptocurrency wallet in the Philippines, Coins.ph. You will need to register first, get verified, and complete the necessary KYC steps. After completion, you may now proceed to cash in. You can either cash in through 7-Eleven’s Cliqq kiosk, partner pawnshops like Palawan, or via UnionBank. After funding your Coins.ph account with PHP you can now convert it to BTC.

If you want to purchase bitcoin using your credit/debit card, you can use Changelly. It will give you an option to process the payment on USD or EUR. It is a cryptocurrency broker and works just like a money changer so the price is set at the market price.

Abra is another option if you want to purchase through credit card.

The official wallet of DASH is DASH Core. It actually features other DASH friendly wallets that you can use.

Aside from Dash Core, hardware wallets are also available to securely store your DASH and away from hacking. You can use Trezor or Ledger.

DASH – Difference from other Coins

Since Dash wants to be as good as cash, it has InstantSend that lets a transaction be confirmed in less than a second. PrivateSend is also available where “masternodes” mixes the coins to make it impossible to track. Aside from that, it also has a two-tier network. The regular miners do the usual “mining work” while the masternodes will take care of the InstantSend, PrivateSend, and Governance.

Dash is Mr. Evan Duffield’s take on how to solve bitcoin’s high transaction fees and long confirmation. This token was initially called XCoin and then changed to DarkCoin and settled with the name Dash in March 2015. It has IntantSend that lets its user have their transaction confirmed in less than a second. It also has PrivateSend where tracking a transaction is impossible.

How to Buy Altcoins Using Poloniex From the Philippines

How to Transfer BTC to Bittrex in the Philippines

Firearms For Sale Near Me

[…] Find More to that Topic: bitpinas.com/cryptocurrency/buy-dash-philippines/ […]

[…] Here you can find 17486 additional Information on that Topic: bitpinas.com/cryptocurrency/buy-dash-philippines/ […]

[…] Info on that Topic: bitpinas.com/cryptocurrency/buy-dash-philippines/ […]

[…] There you will find 2426 more Information to that Topic: bitpinas.com/cryptocurrency/buy-dash-philippines/ […]

[…] Here you can find 67089 more Information to that Topic: bitpinas.com/cryptocurrency/buy-dash-philippines/ […]