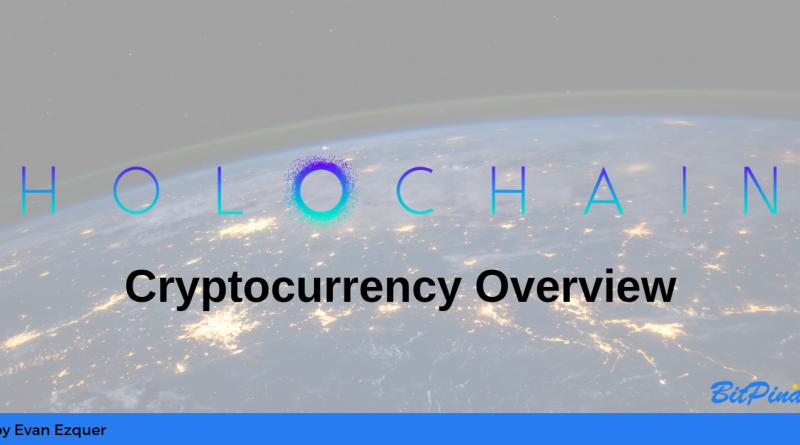 Holochain is a distributed database for building DApps (decentralized applications) and an alternative to the blockchain. Instead of keeping a global consensus like most DLTs do, Holo uses an agent-centric system in which each user keeps a private fork, and that is stored in a restricted manner to avoid data overload and congestion.

This allows the network to run using less resources than traditional blockchains, and consequently, should be far more scalable.

The Holochain system does not require each node/agent on the chain to be continually updated on the status of the public chain. But each node keeps its own blockchain which interplay with its own unique cryptographic key. When the node goes offline, it simply forks off the public chain, but the public chain continues uninterruptedly.

Holochain’s usecase is primarily for dApps which require an agent-centric network, where each user manages his own local chain of transactions. The immediate use-case would be for social media platforms as well as supply chain management, loyalty programs, collective intelligence projects, peer-to-peer platforms, etc. However, it is not applicable for hosting DApps that need to host large files.

There are two tokens in Holochain: HoloToken (HOT) and Holo fuel (HOLO).

Holo fuel is a Holochain-based cryptocurrency that is redeemable for hosting on Holochain applications (hApp). It is a double-entry crypto-accounting framework backed by the computing power provided by hosts worldwide.

Hosts are simply users who lend their computing power to the Holochain network in exchange for HOLO.

HOLO operates similarly to Ethereum’s gas, with a few design differences. It is aimed to perform billions of daily microtransactions for hosting services. It is Holochain’s native cryptocurrency.

HoloToken, on the other hand, is an ERC-20 token which was sold as a placeholder and IOU for HOLO during the ICO in April 2018. The founders will soon announce the date for the straight swap between HOT and HOLO before it becomes available.

Most crypto proponents believe that a globally-updated peer-to-peer ledger is the future of blockchain and other DLTs but Holochain has a slightly different approach. They aim to build decentralized applications hosted on random computers across the world, which require no global consensus, and are far more scalable and efficient.

[…] Here you can find 86167 additional Information on that Topic: bitpinas.com/cryptocurrency/holochain-overview-philippines/ […]

[…] Here you can find 50358 additional Info on that Topic: bitpinas.com/cryptocurrency/holochain-overview-philippines/ […]

How has CBD benefited you? - Quora

[…] Read More on that Topic: bitpinas.com/cryptocurrency/holochain-overview-philippines/ […]

[…] Find More to that Topic: bitpinas.com/cryptocurrency/holochain-overview-philippines/ […]