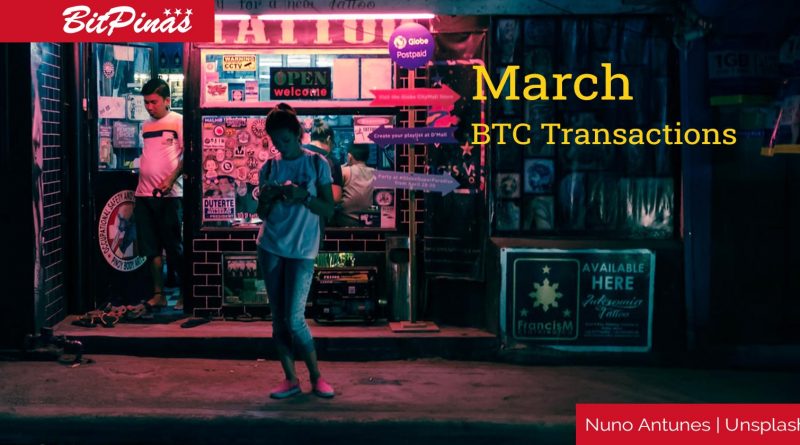 The volume of Bitcoin transactions in the Philippines in March 2021 has increased by 56% compared to the previous month according to data available for peer-to-peer exchanges Paxful and LocalBitcoins. This is the largest recorded combined volume on both exchanges, with Paxful getting the lion’s share of the volume.

March 2021 is now the single best month for P2P in the Philippines, whose previous record was barely above $4 million in September 2020. Current volumes are way higher than any previous volume recorded. 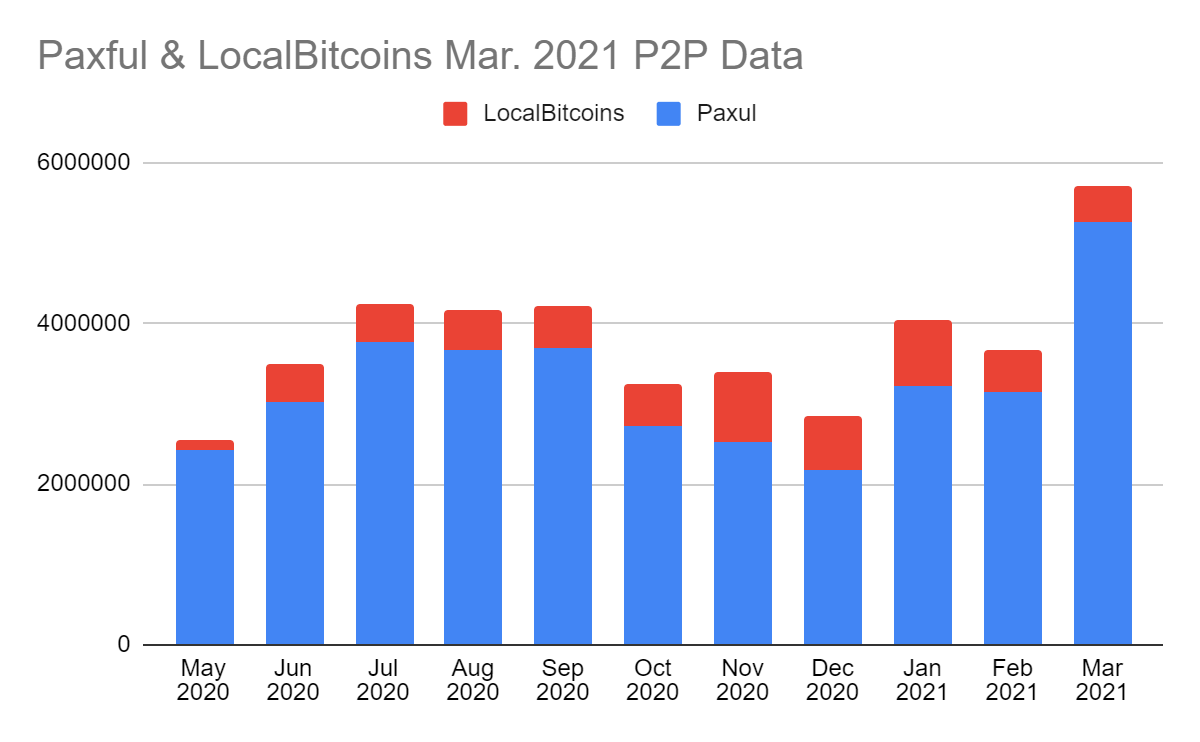 Bitcoin made a new high of $61,000 on March 14, 2021, higher than any other day for the benchmark cryptocurrency at that time. The increase in volume correlates with other countries with high P2P volumes, including India. It should be noted though that there was only a slight increase in March P2P volume in the South Asian country as opposed to the significant increase in the Philippines.

Crypto exchange volume as reported by The Block also posted a slight decrease in volume in March 2020 vs the previous months. While analysts said it’s possible that it’s because of users’ movement to decentralized exchanges or DEXes, infact, even DEXes posted declines last March.

According to the Bangko Sentral ng Pilipinas (BSP), it expects an increase in cryptocurrency transactions and volume in the Philippines due to their increasing prices and store of value properties. These traits have attracted users in the Philippines have attracted users in developing countries like the Philippines, BSP’s Melchor Plabasan said in an interview. Virtual asset service providers in the country have processed around $1.5 billion between January to September 2020.

[…] Information to that Topic: bitpinas.com/cryptocurrency/march-2021-paxful-and-localbitcoins-p2p-bitcoin-transaction-volume-report/ […]

[…] Info to that Topic: bitpinas.com/cryptocurrency/march-2021-paxful-and-localbitcoins-p2p-bitcoin-transaction-volume-report/ […]

According to Coins.ph’s CEO and Co-Founder, Mr. Ron Hose, he always thought that blockchain can make a big impact on how people handle money, especially in places that have a huge unbanked population.

LAToken, founded in 2017, is a fast-growing decentralized exchange focusing on liquidity for new tokens.

Philippine Digital Asset Exchange (PDAX) has revealed its plans on how to proceed with the upcoming bitcoin cash (BCH) fork.