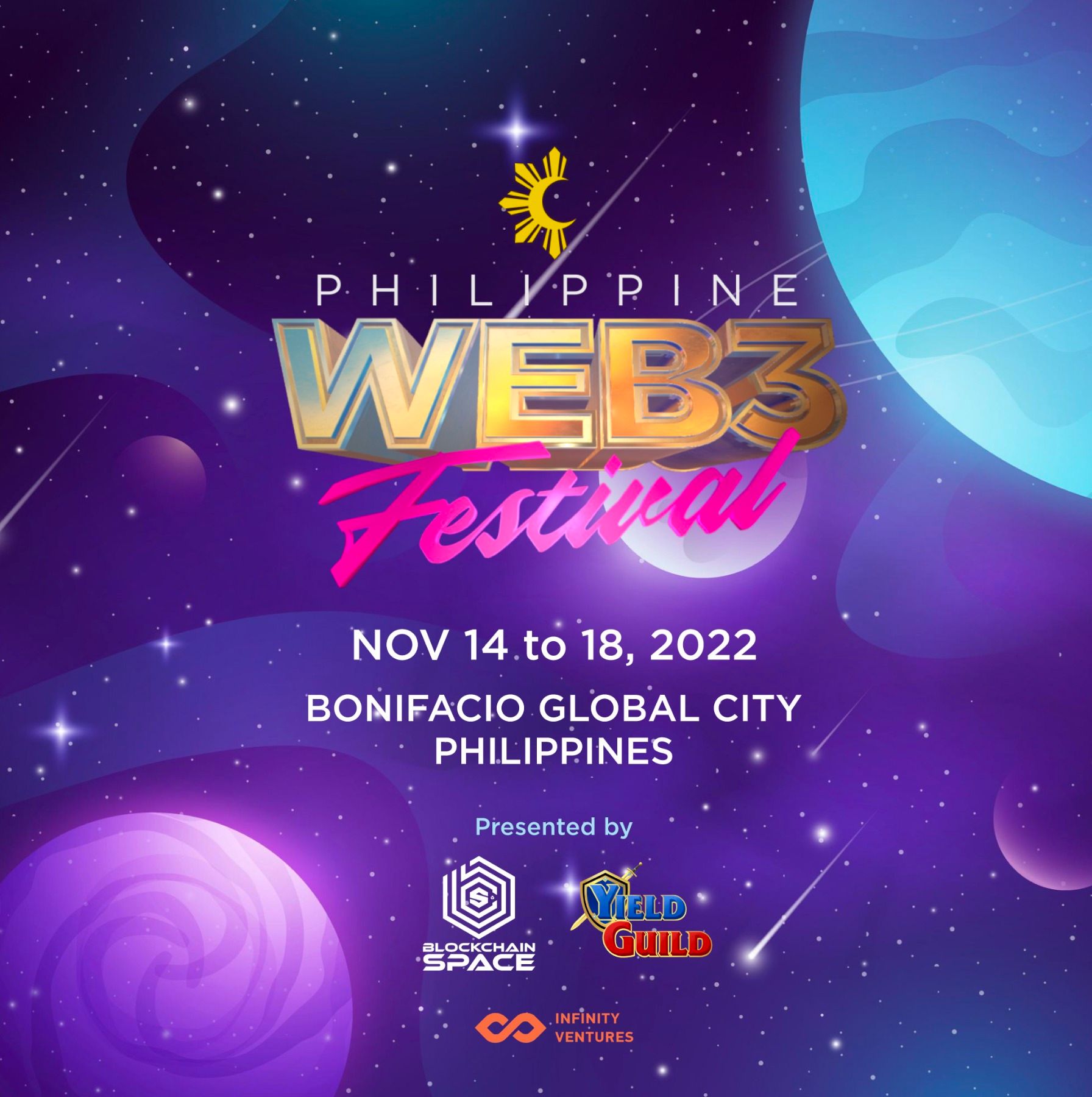 By BlockchainSpace and Yield Guild Games

The Philippine Web3 Festival will showcase the future of Web3 and put a vast array of games, guilds, NFT projects and crypto VCs together in front of the largest and most engaged web3 audience in the world.

Since play-to-earn took off in 2020, the Philippines has led the global narrative on adoption of blockchain gaming and the development of the open Metaverse. From the dizzying heights of Axie mania, to the creation and proliferation of the guild model, and now, a new wave of web3 startups, the world has watched as Filipinos led the way.

We bring you the Philippine Web3 Festival

The Philippine Web3 Festival is inviting the world to see how and why the movement began, while bringing players, builders and investors together IRL to learn, network, and get real-time, community-based insights into the future direction of Web3.

Featuring a flagship conference, an esports tournament, a hackathon and community-led side events all week long, the Festival will bring internationally renowned thought leaders to Manila to share the stage with those who have shaped this burgeoning industry.

Mark your calendars, book those flights — this is a celebration of everything #Web3 you CANNOT miss.

Check out more crypto and blockchain events in the Philippines here.