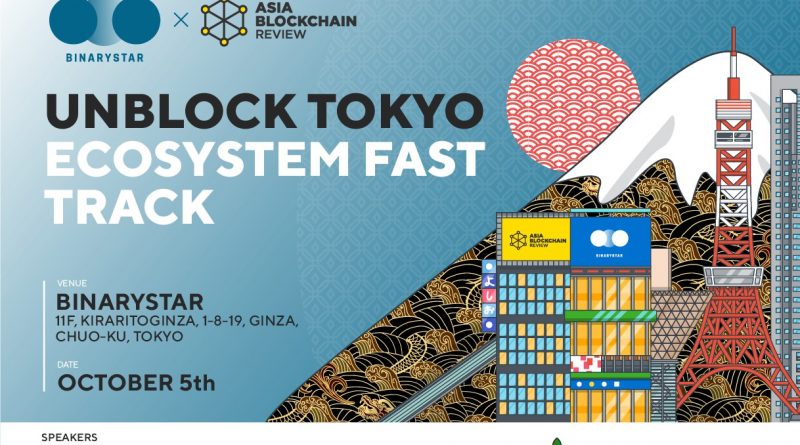 Unblock Tokyo is an event set to discuss all the exciting developments on blockchain in Japan.

This year, major events are converging in the East Asian country and Unblock Tokyo is one of those events that will discuss the current state of the Japanese Blockchain ecosystem.

Last year, Japan has initiated a regulatory sandbox for new technologies such as blockchain, Internet of Things (IoT), and artificial intelligence (AI). The Japan Financial Services Agency (FSA) has issued several licenses to cryptocurrency exchanges such as Rakuten Wallet and Coincheck.

BINARYSTAR and Asia Blockchain Review are organizing an event discussing the current affairs in Asia and the future of the blockchain industry. This will happen on October 5, 2019 in the flagship event: Unblock Tokyo.

Expect meetups, keynotes, workshops, dinners, and parties. We will discuss the hottest topics in the blockchain and crypto space and make lasting connections with people from all around the world.

Program (To Be Updated):

BINARYSTAR is the largest Japanese Blockchain Business Hub, bringing together the best startups and the world’s largest corporations. BINARYSTAR’s goal is to embrace innovation within a partner business strategy in a structural way. We help companies create and support corporate venture teams (corporate startups) that are developing new business concepts outside their core business.

Asia Blockchain Review is the largest initiative for media and community building in Asia for blockchain technology. ABR aims to connect all blockchain enthusiasts on a regional scale, facilitating the technological underpinnings of blockchain through a range of group discussions, technical workshops, conferences, and consulting programs. 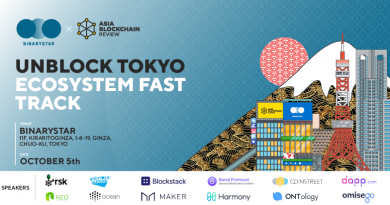 BINARYSTAR and Asia Blockchain Review are organizing Unblock Tokyo: Ecosystem Fast Track on October 5th, in a major gathering of all-star developers to shed light on the latest developments in the industry and exclusive project updates for the blockchain and crypto community.