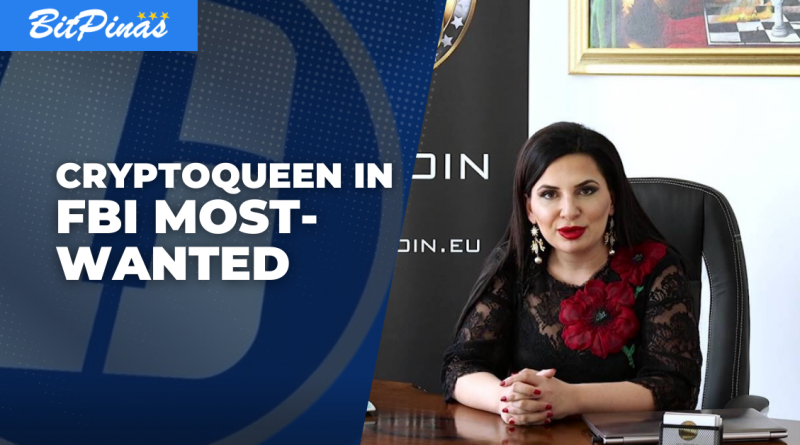 Ruja Ignatova, the self-proclaimed “crypto queen” who spearheaded one of the world’s biggest cryptocurrency scams, is now on the Federal Bureau of Investigation or FBI’s Ten Most Wanted fugitives. The Bureau is offering a $100,000 reward for information that will lead to her arrest.

Ignatova is said to be behind the cryptocurrency called OneCoin which was launched in 2014 and allegedly defrauded investors of more than $4 billion for over three years. She has been missing since 2017, when US officials first issued her a warrant of arrest.

Unlike Bitcoin which is secured by a global network of miners who maintain a public ledger, or blockchain. The investigators noted that Igntova’s OneCoin was worthless, essentially minted out of nothing, and was never safeguarded by the blockchain technology used by other cryptocurrencies.

“She timed her scheme perfectly, capitalizing on the frenzied speculation of the early days of cryptocurrency,” –Damian Williams, Manhattan’s top federal prosecutor

In 2014, Ignatova established OneCoin Ltd, and began to advertise her currency as a “bitcoin killer.” The investigators stated that she made false representations to receive huge amounts of funds from investors— many of whom did not fully understand how to invest in cryptocurrency.

OneCoin Ltd, operated around the world, and generated more than 3 million investors from over a hundred countries. Ignatova promised investors big returns at minimal risk and, according to prosecutors, offered buyers a commission, if they sold OneCoin to more people, so as to lure even more people into buying her fraudulent currency.

As per the allegations made by federal prosecutors, OneCoin was essentially a Ponzi scheme disguised as a cryptocurrency.

Konstantin, Ignatova’s brother, who also took a leadership role with OneCoin, was arrested in 2019 and subsequently pleaded guilty to multiple felonies that same year.