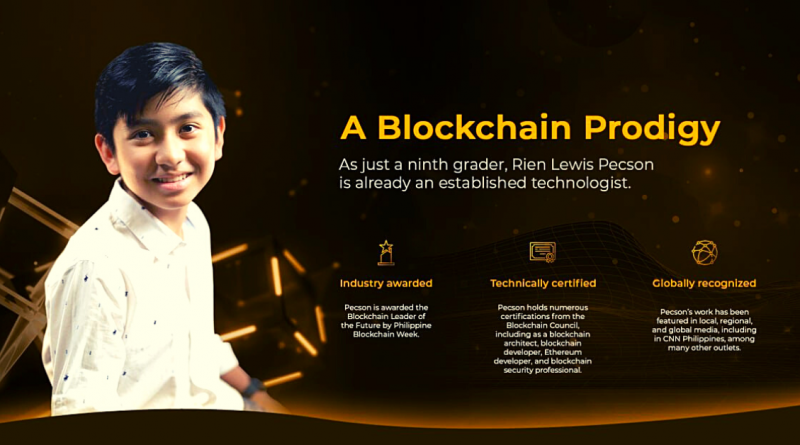 Pecson, known for making a blockchain-based voting platform iVote.ph when he was 12 years old, is recognized for being a part of the development team of two blockchain projects – BLOX and Cloudchain.

“As its name implies, the award recognizes the field’s most promising leader, based on their achievements today. Framed from this general criteria, Pecson already has significant accomplishments and certifications in blockchain,” the awards committee explained.

According to Pecson, he is beyond grateful for the “Blockchain Leader of the Future” award as it can bring more attention to the blockchain he helped build.

“This may be an individual award, but it really belongs to our entire team at BLOX. It’s through our work that we’ve succeeded in getting businesses across the Philippines to embrace the blockchain. I hope that more entrepreneurs will build their products using BLOX as their technology backbone,” said Pecson.

“What’s particularly impressive about Pecson’s achievement is his training. While many tech prodigies like Pecson started programming at a very young age, Pecson only picked up the discipline within the last three years. At the height of the pandemic, Pecson began to home school, during which he taught himself programming, including blockchain development,” the awards team added.

“It’s been a great privilege working with a technologist of Pecson’s talent. He’s an extremely skilled developer, and his youth gives him a great perspective. Both BrandNation and PEG have benefited directly from BLOX, powering them with the efficiency, security, and transparency needed to appeal to young users and brands.”

Pecson, stressed that he is particularly interested in working with other Filipino youth, adding that he is eager to work with all business leaders.

“I’m thankful for receiving the Blockchain Leader of the Future, and I hope that Philippine Blockchain Week becomes the springboard for the nation becoming the blockchain hub of Asia, if not the world. For this milestone to happen, we need more Filipino youth learning about the technology and building the next generation of innovations with it,” Pecson concluded.

This article is published on BitPinas: IN THE KNOW: PH Block Award 2022’s Blockchain Leader of the Future Awardee Rien Lewis Pecson 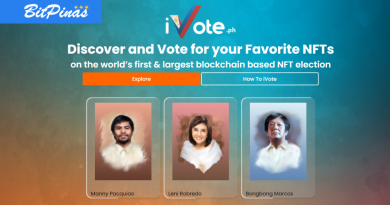