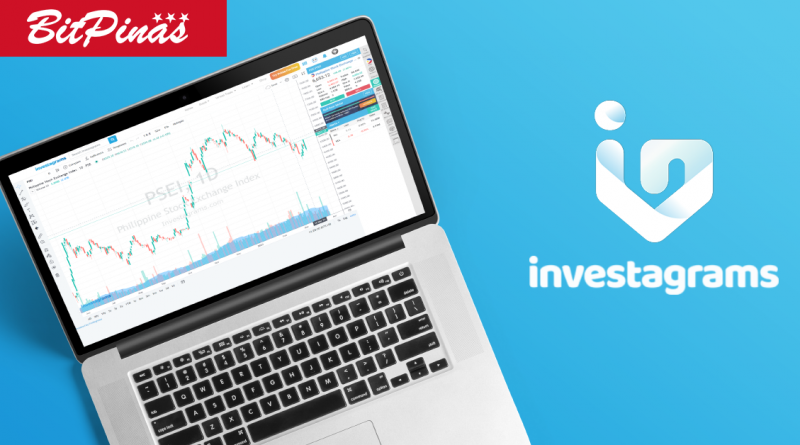 Airwyn Tin got his first introduction to the stock market in 2014. He saw that stocks—securities representing ownership of a corporation—could become a tool for financial freedom, so he made moves towards investing and learning more about it.

Many perceive a high barrier to participate in the stock market. “Filipinos thought stocks are only for the rich,” Airwyn told me. He said the majority of those who benefit from the rise of the economy are foreigners and the few. To buy stocks, you need to open an account with an online brokerage firm and deposit at least a minimum of Php 5,000 to begin trading. That was the usual route for many Filipinos who realized how to start their stock trading journey.

But stocks don’t go up all the time. Though less volatile than the price action of certain digital assets that BitPinas readers are more familiar with, a stock’s future value is, in theory, almost always determined by how much the public thinks that company is going to perform in the future. Diligent stock market traders perform technical analysis and fundamental analysis to arrive at an informed decision before buying (and selling) a stock.

Airwyn revealed that the true barrier to entry is education. The problems that the investor truly face when they begin their stock market journey includes: knowing how to pick the right stocks, learning what the taxes are on selling stocks, determining the lot sizes, and deciding whether or not the people hyping specific stocks are just doing that to lure “newbies” into buying into something they don’t know.

There is no single large source of stock market information in the Philippines that’s simple to use and easy to understand.

“That’s when I decided to pursue spreading financial awareness about investing in the stock market to our kababayans,” Arwyn remarked.

So Investagrams was founded by Airwyn, JC Bisnar and JM Lapina to become this single source in the country, a one-stop shop to financial freedom, the company boldly stated on its About page – a goal heartily endorsed by team here at BitPinas.com with our dedicated cryptocurrency and fintech news coverage in the Philippines.

Airwyn created the first version of the site and later, together with JC and JM, formally built Investagrams as a startup that has been rebranded to just “Investa” last year.

If there’s a tech company in the Philippines that can be called a “startup darling”, it’s Investa. It received a grant from the IdeaSpace Foundation after becoming part of its accelerator program in 2016. By the way, it can be noted that the 2016 batch from IdeaSpace has produced some of the most recognizable startups of today: Investa, Taxumo, and Cropital. As they say, Investa is in good company.

They also participated in EmergeX, a program within Microsoft’s Highway to a 100 Unicorns initiative to discover and mentor high-impact tech startups in the Asia Pacific region. Apart from access to Microsoft tech and support for marketing, Airwyn said the best part of participating EmergeX is mentorship to using Microsoft Azure. “The biggest benefit of the competition for us is the Azure experts from Microsoft that guided us into how to set up and architect our infrastructure properly”

Investa is now seven years old. And throughout the years, while stocks and crypto rates spike up and down, it has been recognized and commended in the startup industry and beyond for its mission to spread stock market awareness. It has also been praised for its platform’s (“Investagrams”) website and app’s useability, technical design, and user experience.

Apart from information about stocks and their prices, one of Investagrams’ most important features is its social feed. Everyone in the community can share news and update their own research on stocks and the economy. They can also share their “wins” so other users can get inspired.

Anyone in finance will tell you how vital speed is to be ahead of everyone else. Investagrams has a section that quickly news and updates from publicly-listed companies. These news, in particular, are very critical for the everyday investor, fundamentalists and chartists alike.

For example, if a company’s board of directors recently sold a large chunk of their company shares, the most likely tendency is for the stock’s price to go down even if it’s in an upward trend currently. The market may perceive this as an indication that the stock, in the viewpoint of the company’s leaders, has reached its current high, so investors who read the news immediately upon release will be ahead of everyone else who hasn’t. They will know right away what to do in such situations, depending on their outlook.

Such information is critical to the investing public, and Investa makes sure its users are on top of the news.

Getting this information and feeding it into Investagrams’ charts in-real time is non-negotiable. It’s the only way, and there should be no delays. “Every second counts,” Airwyn said.

One of Investa’s premium products, Investa Prime, is a tool that allows a person to receive a text message or in-app notifications if a stock price reaches a target specified by the user. This one, together with the others mentioned, relies on speed.

Security with Speed and Scalability

More than just cloud infrastructure, Airwyn revealed that Microsoft Azure has allowed Investa to leverage Microsoft’s security expertise. Since Microsoft Azure is designed to host millions of customers simultaneously, it can provide a foundation upon which companies and businesses can meet their security requirements. Microsoft Azure provides a wide array of security options that are configurable and can customized based on the organization’s needs.

“Security is our top priority. Aside from using and leveraging Microsoft Azure, Azure Security, and Microsoft Security, we also have an in-house cybersecurity team that handles all the end-to-end security in our platform and company,” he explained. After all, Microsoft Azure’s focus for fintech is really more of security, with the base offering of speed and scalability which are offered by other cloud providers also.

Airwyn explained that since Investagrams is a financial platform, the website mustn’t get slow or go down. They want to ensure data is safe even in the most unforeseen circumstances. And because of this, Investagrams stay up even during peak trading hours or peak activity on popular stocks.

Situations like peak usage are where Microsoft Azure shines the most, Airwyn said. “Their servers automatically increase in number to handle the additional workload because Microsoft Azure is highly scalable even during peak hours.”

“Our end users would not experience any lag nor total downtime because of this architecture,” Airwyn added.

He further stated that even when there are times when the auto scaling’s output is not within their expectations, they are still able to catch it before it happens. “That is why we used Azure Monitor to keep an eye on all their resources and servers to provide proactive and in-advance mitigation before the end-user can feel the issue.”

As a Microsoft Azure-based platform, Airwyn said Investa is well-positioned to onboard more and more users regionally and worldwide. A lot of tools the company used is Microsoft-based stack. Airwyn remarked that they are also using Azure DevOps and Azure Application Insights, which helps determine the platform’s errors and bottlenecks. Using Application Insights, the Investa team can detect problems in advance, so the platform gets fixed immediately. End users won’t have to feel and notice those problems.

As someone who mostly looks at cryptocurrency news and information, Airwyn said Investa has already incorporated crypto information in its platform. “We now also provide real-time information about crypto so that users will be able to learn more about it and not just blindly follow any social media hype,” he remarked, noting that users can also already check forex and stocks in Singapore and the U.S within the platform as well.

This is aligned with Investa’s plans to expand globally. And this expansion has begun.

When the end users are not just users in the Philippines but worldwide, Airwyn said Investa would be ready to scale with the tools it currently has.

To know more about Microsoft Azure, visit this website: https://www.microsoft.com/en-ph/smb/startup

This article is published on BitPinas in collaboration with Microsoft: Scaling Investa to Expand Globally

[…] This article is published on BitPinas: Scaling Investa to Expand Globally […]

[…] Read More to that Topic: bitpinas.com/feature/scaling-investa-to-expand-globally/ […]

[…] Info to that Topic: bitpinas.com/feature/scaling-investa-to-expand-globally/ […]

[…] Here you will find 31968 more Info to that Topic: bitpinas.com/feature/scaling-investa-to-expand-globally/ […]

[…] Here you will find 63617 additional Information to that Topic: bitpinas.com/feature/scaling-investa-to-expand-globally/ […]