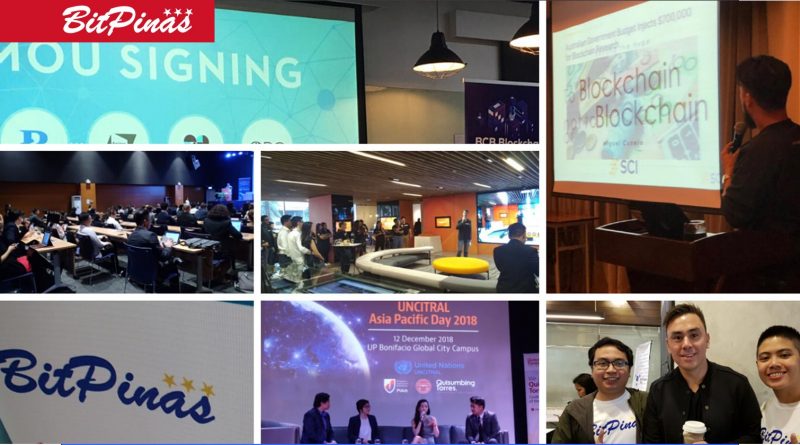 October 22, 2020 – Back when we published the first article on BitPinas, we didn’t know anything about the blockchain scene in the Philippines. It would take a few more months before we went to a blockchain event, and a few more months to firmly establish what the real goal for BitPinas actually was.

There were much earlier efforts to launch a content website that profiled the Bitcoin industry in the Philippines, so BitPinas was not also exactly the first one to do this initiative. As of October 2020, however, it’s the only one still around.

I knew about Bitcoin late in 2013. On behalf of my previous company, I emailed the writer Jon Southurst if I can write an article on his blog, which was about international affairs. Jon said that the blog of his I was referring to was already dormant.

He said he’s currently in Japan writing a lot of things about Bitcoin for a new site called “Coindesk.com.”

“So you write about Bitcoin, huh?” I asked.

“Yes, pretty busy with Bitcoin stuff but I hope it continues. If everyone loses interest soon, I won’t have much to do,” he said.

That was 2013. The largest cryptocurrency exchange was Mt. Gox, in Tokyo. By the way, I did not buy Bitcoin upon hearing about it from Jon. And I wouldn’t know about Mt. Gox until years later.

In hindsight, I should have acted on that information.

Since 2015, I freelanced for the Japanese company Unicon Pte. Ltd., first as a contributing writer and later as managing editor for Mediacraft, a gaming media website with a focus on gamers on this side of the world. Unicon’s CEO Ryuichi Tanaka found me on Twitter writing about Japanese games.

Not going to brag but Mediacraft went from 20 users per day when I became editor to 300,000 monthly active users at its peak in 2017. Another website I managed, peaked at 2 million per month in 2016. Ryuichi had a knack on finding the next big thing on the Internet and I had the know-how on writing the right words to get website visitors.

Backed by the learnings and mentorship from Ryuichi, I believed there was a market for an information website about Bitcoin in Japan and the Philippines. Months later both sites launched separately with me taking over the eventual Philippine blockchain news site.

Of course, before this, I remembered Jon’s email. Surely, now, everyone’s not losing interest with the benchmark cryptocurrency

The first two sites I found in my Philippines market research were Coins.ph and BuyBitcoin.ph, both are customer-facing products.

Me and Gino, then a lead senior writer, mapped the key people, the key companies, the major projects, the key regulatory developments, and all the important keywords for our website.

From our initial research, it appeared every person was connected to Satoshi Citadel Industries (SCI Ventures as they are known) in one way or another. Miguel Cuneta was the bearded guy who appears on national television evangelizing about Bitcoin. Luis Buenaventura, was previously with SCI and has since launched his own company called Bloom Solutions. Atty. Rafael Padilla, also frequently interviewed and active on meetups, was at that time the legal officer at SCI.

The first article on BitPinas was published on Sept. 29, 2017 but the official public launch was on October 21, 2017. By that time, Gino and myself had written just about every important “introductory” guide we could think of, backed by keyword research and by actual usecase. We bought Bitcoins, so we found out what are the potential questions a Filipino user might have.

We began to learn more about the space in the Philippines.

We also learned that there are a lot of scams going around.

This led us to research more about what the positions of the Bangko Sentral ng Pilipinas (BSP) and the SEC are with regards to Bitcoin and cryptocurrencies. It was at this point we decided a key focus of the website is to disseminate regulatory information about Bitcoin in such a way that is easy to understand by everyone. There were too many scams, the least we could do was inform our audience and equip them with knowledge on how to spot them.

By December 2017, the price of Bitcoin had skyrocketed, and our small website received traffic we never thought we could achieve.

We attended our first event and got to meet people in the industry for the first time, including Atty. Rafael Padilla, then-legal officer at SCI Ventures, who would later go on to become a constant source of quotes whenever BitPinas needed clarity on some regulatory developments in the country. At that event, I was very shy so I did not approach Miguel, the guy who evangelizes Bitcoin on TV. But we got a lot of BitPinas content from that event.

More events followed. 2018 was truly the year of blockchain events and meetups, despite Bitcoin showing some weakness in its price. Together with Gino, I finally met Miguel, Gabby Dizon at Altitude Games, Colin Goltra from Coins.ph, Emerson Fonseca from NEM Philippines, Krystian Kucharzyk at PDAX, basically all the community power players at that point. From that point on, when they had breaking news, they knew who they could contact.

2019 was a year of content growth. BitPinas continued to deliver news about the industry in the Philippines as well as general articles about blockchain and developments around regulation. Key highlights for me were the 2019 Year in Review Series we did as well as myself presenting an overview of the PH Crypto Landscape under at the Blockchain and DLT meetup in February 2019.

On the publishing side of things, Gino announced he is leaving the website, which led me to onboard new writers like Raquel Marasigan and Evan Ezquer.

By October 2020, three years passed since I began writing on this website. I left Acceler8 Salcedo, which was my office for three years and began working from home, blaming the pandemic. I thank every reader out there who has emailed me, or has commented on the articles and our Facebook page.

BitPinas has stayed objective and hopefully it has served the industry well in its effort to report the news. I thank every company who gave BitPinas quotes and interview answers which I think were objective and true.

BitPinas only writes the news, not create them.

I never considered myself a journalist, but a reporter. The news comes from the industry, we merely report the news, make it relatable for the audience, and tell the story of the people behind the news.

The industry has also evolved from fiat on-ramps and exchanges to blockchain solutions and even decentralized applications.

Still, a lot of people are still unbanked. As Miguel Cuneta once said in an event, it’s still the most important use case for Bitcoin and cryptocurrencies. There’s still a lot of work to do.

2020 has been a weird year, but it allowed me to reflect on what I do. Companies in the Philippine blockchain scene have come and gone since 2017. It is said those who could weather this “wild west” stage in the industry could very well be set up for future success. As BitPinas celebrates its third anniversary, it is keen to continue to be the go-to source of blockchain and cryptocurrency news in the Philippines. Check back tomorrow for more breaking news from me.

This article is first published on BitPinas: Looking Back at the Three Years of BitPinas

[…] Read More to that Topic: bitpinas.com/feature/three-years-bitpinas-look-back/ […]

[…] Find More on on that Topic: bitpinas.com/feature/three-years-bitpinas-look-back/ […]

[…] Here you will find 97041 more Information on that Topic: bitpinas.com/feature/three-years-bitpinas-look-back/ […]

[…] Information to that Topic: bitpinas.com/feature/three-years-bitpinas-look-back/ […] 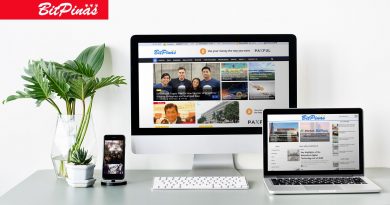 Looking Forward to the Next Three Years of BitPinas