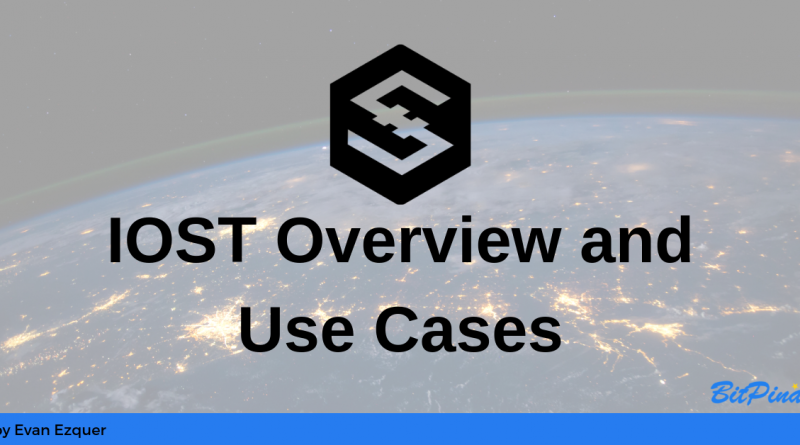 IOST is a high-throughput blockchain built for the Internet of Services, and aims to create a decentralized foundation for online service providers with smart contract functionality.

The project was first published on January 2018. The IOS Foundation, which is based in Singapore, is a non-profit organization that aims to develop the IOST ecosystem. They did not launch an ICO. Instead, they raised funds through a private token sale, with sixteen companies publicly declaring their investment in the project, most of them institutional.

IOST is decentralized but at the same engineered for enterprises.

And according to their Tweet, “IOST already has proven enterprise use cases across #charity, #finance, #SupplyChain and #IoT.”

This is likely because the IOST team has been consulting with multiple companies and government agencies regarding the use case of blockchain in multiple industries.

The IOStoken was first built on the ERC-20 standard on the Ethereum chain, but was recently migrated to the IOST blockchain as soon as their mainnet, Olympus v1.0, went live last February this year.

The project utilizes a new consensus algorithm called proof of believability (PoB). In PoB, nodes are validated based on their past contributions and behaviors. Basically, the user with the highest “believability score” gets chosen as the next validator.

To incentivize fairness, IOST has implemented a reputation-based sub-token called servi, which are awarded to good actors of the network and factor heavily into the process of choosing the next validator.

IOST is also highly scalable with a transaction throughput of 100,000 tps. This is made possible by EDS (Efficient Distributed Sharding), which partitions the database into sub spaces by randomly assigning different nodes to work together.

IOST may be one of the hottest coins today, but the project is still relatively new and has still a lot to prove. They also need to compete with other coins that offer Internet of Service use cases like IOTA.

This article is first published on BitPinas: IOST Cryptocurrency and Blockchain Overview

[…] Here you can find 91881 more Information to that Topic: bitpinas.com/tech/iost-cryptocurrency-blockchain-overview/ […]

[…] There you can find 46249 additional Info on that Topic: bitpinas.com/tech/iost-cryptocurrency-blockchain-overview/ […]

rolex replica watches are immortal and worth investing in