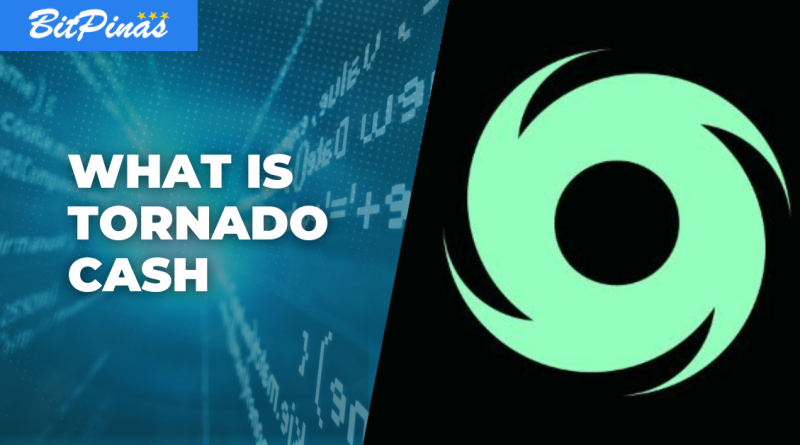 The news of sanctioning a known crypto mixer (tumbler) went viral when the alleged developer of the said smart contract was arrested by the US government. What is Tornado Cash? What does it really do? Can the government sanction even a decentralized technology?

Disclaimer: This is not financial advice. The article aims to educate about the featured topic. Practice due diligence in researching cryptocurrencies and blockchain technology before investing and engaging in it.

Launched in 2019, Tornado Cash is a blockchain protocol made for sending and receiving anonymous transactions by mixing crypto with a pool of other crypto owned by other holders — anonymizing the app user in the process.

This was made possible because Tornado Cash is a crypto mixer. Crypto Mixers (Tumblers) are used by crypto enthusiasts who want to make their transactions private. Most transactions made in the blockchain are recorded and can be monitored by anyone using platforms like Etherscan (for Ethereum-based transactions). Cryptocurrency mixers do not require Know Your Customer (KYC) checks therefore any users can be anonymous.

(What is a Cryptocurrency Mixer and How Does It Work? Read here.)

However, because of this, Tornado Cash can also be used for money laundering by criminals, and this attracted the attention of the US government. This led the US Treasury to place a sanction on Tornado Cash last August 8, 2022.

“Today, Treasury is sanctioning Tornado Cash, a virtual currency mixer that launders the proceeds of cybercrimes, including those committed against victims in the United States,” said Brian E. Nelson, Under Secretary of the Treasury for Terrorism and Financial Intelligence.

“Despite public assurances otherwise, Tornado Cash has repeatedly failed to impose effective controls designed to stop it from laundering funds for malicious cyber actors on a regular basis and without basic measures to address its risks. Treasury will continue to aggressively pursue actions against mixers that launder virtual currency for criminals and those who assist them.”

Reason for the Sanction from the US Treasury

Earlier this year, about $625 million worth of crypto was stolen from Axie Infinity by the North Korean hacker group Lazarus.

However, with the help of the centralized exchange Binance, a portion of the assets stolen was returned to Axie Infinity and was able to trace the transactions of the hackers in the blockchain.

This led to the report that Tornado Cash and other crypto mixers were allegedly used during the incident. (For the detailed account of the incident, read BitPinas article: Binance Recovers $5.8M worth of Stolen Funds Linked to Axie Infinity Hack.)

Thus, the US Treasury looked into the illegal transactions done through Tornado Cash, and found out that more than $7 billion were illegally transacted through the protocol since its launch.

Meanwhile, Blend.io, another crypto mixer, was first sanctioned by the US government for allegedly being used by the hacker group Lazarus to launder money, a month after the Axie Infinity hacking incident. (For more details on this, read BitPinas article on Axie Infinity Hack: Crypto Mixer Sanctioned by US Treasury.)

Results of the Sanction

After the investigation, it is now considered illegal for US citizens to use Tornado Cash and penalties can be sanctioned to those that will access the crypto mixer, whether before the sanction was given or after. This is to lessen the usage of the app and for the government to easily monitor illegal transactions from it.

The sanction resulted in the website of Tornado Cash being down. While TORN, the native token of the protocol, also fell to a 56% drop.

A recent report also revealed that a 29-year old man, who is an alleged developer, was arrested by the Fiscal Information and Investigation Service (FOID) of the Netherlands last Auigust 10. This is after the agency initiated their investigation on Tornado Cash last June and investigated the illegal activities done on the website. This resulted to multiple arrests in the process.

Response of the Community

Because of the intervention of the US government in the matter, some of the members of the Web3 community have responded and questioned the nature of the blockchain.

According to Coin Bureau: “Tornado Cash is nothing but a tool… Some may use it for criminal purposes, others for simple privacy. However, the actions taken against this tool have shown us once again how centralized certain things are: ‘Open source’ code repos, Certain stablecoins and Domain hosts. Moreover, making a tool ‘illegal’ won’t stop its illicit use. Criminals, by definition, have no regard for the law.  It’s the law abiding users that are most affected.”

LeXpunK_Army: “As many of you are aware, the recent Tornado Cash sanctions pose an existential threat not just to DeFi, but to free speech and privacy rights. It has sparked intense debate and had an immediate ripple effect across crypto and DeFi. Though it remains to be seen if members of the team behind Tornado Cash have culpability, the approach taken by OFAC was wrong and will continue to be wrong.”

Tornado Cash is on the hot seat right now and this may spark more government interventions when it comes to the use of blockchain technology. Crypto enthusiasts may be concerned if the blockchain can really keep its anonymity but without government interventions, crime will be rampant and may use the technology for more illegal activities and may affect the rights of crypto enthusiasts in the long run.

Crypto mixers if not monitored may still continue to launder tainted money. With the help of these sanctions, the government can narrow down their investigations and fight crime. In the process, this will protect the Web3 community from bad actors.

This article is published on BitPinas: What is Tornado Cash? 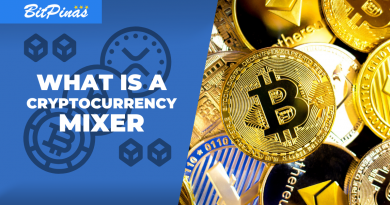 What is a Cryptocurrency Mixer and How Does It Work?

What is a Cryptocurrency Mixer and How Does It Work?