Good morning. Welcome to the first edition of Monday Markets, part of our new series: BitPinas Daily. We will look at the price of Bitcoin, Ethereum and the major cryptocurrencies. Crypto is global, but sometimes news that matters happens while we sleep. So we bring to you what’s happening in our space here and abroad.

Last Friday, MicroStrategy said it has completed raising $650 million through a senior convertible note offering so that it has more money to buy bitcoin. These notes were sold to “qualified institutional investors.”

Buying bitcoin is in accordance to the company’s Treasury Reserve Policy.

10 years after the Bitcoin creator logged off for good

December 12, 2020 was the last time Bitcoin’s anonymous creator posted on the BitcoinTalk forum.

The post was about preventing Denial-of-Server (DoS) attacks to the Bitcoin network.

Fidelity is on the business of bitcoin custody. That is, they act as caretaker of another person or entity’s (usually an institutional investor’s) bitcoin.

According to Fidelity Investments CEO Abby Johnson, the cryptocurrency industry’s moving rapidly, it was hard to keep track of everything that is happening. She also said things that were just being talked about in the past has become a reality.

“If you had asked me at the beginning, if we or anybody was going to be prioritizing custody of bitcoin I would have said ‘No way. I mean that’s kind of the opposite of what it’s all about.’ But the reality is that you do need it because if you’re an individual who engages an advisor and you want to make an estate plan you actually need someone to custody your bitcoin,” Johnson said. (Coindesk)

The Best of Crypto PH:

Lorne Lantz, founder of Breadcrumbs, an app to track Etherereum transactions has co-written a book while here in Manila.

The book, “Mastering Blockchain,” is now out and will have a book launch hosted by Coindesk on December 15.

[…] Here you will find 71569 more Information to that Topic: bitpinas.com/news/monday-markets-bitcoin-reclaims-19k/ […]

[…] Information to that Topic: bitpinas.com/news/monday-markets-bitcoin-reclaims-19k/ […]

[…] Info to that Topic: bitpinas.com/news/monday-markets-bitcoin-reclaims-19k/ […]

Cybersecurity in Banking and Finance Industry 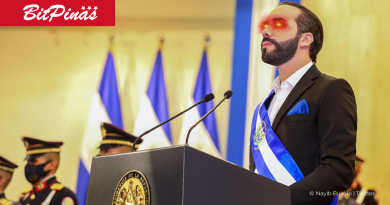