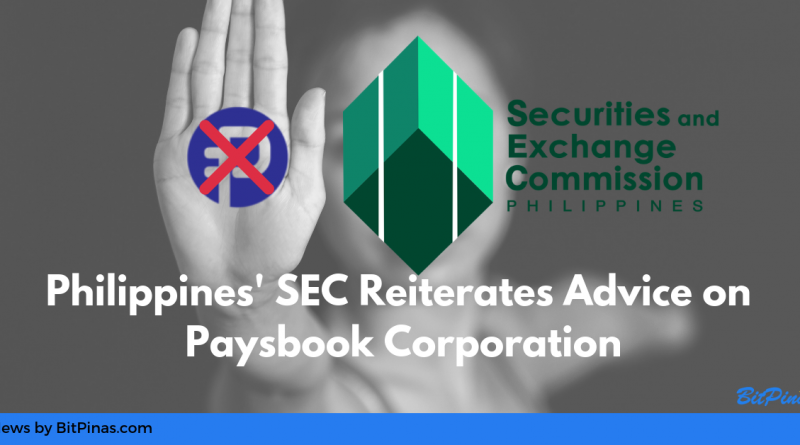 January 14, 2019. The Securities and Exchange Commission (SEC) renews its warning against Paysbook. The agency has found out that even though the company has changed its type of business, it continues a similar type of operation.

The Commission’s Investor Protection Division found out that Paysbook changed its type of business from “partnership” to “corporation”. The new filing suggests that its purpose is to engage in the businesses of e-commerce system services, online selling, website development, etc.

Even so, SEC reiterates Paysbook is still not authorized to solicit investments from the public. It did not register or even apply (and secure) for any secondary license as required by the country’s Securities Regulation Code (SRC).

A company needs the necessary licenses before it can solicit investments from the public. In case of initial coin offerings, SEC released draft rules that will govern the said activity.

According to SEC, Paysbook is also sharing photos where its officers are within the agency’s premises. Such acts, according to the Commission, imply that the corporation’s issue with the agency has been settled. Its members are also sharing a photo of Paysbook’s certificate of incorporation on social media. The Commission thinks that the company is using the photo to provide proof its legitimacy.

SEC concludes that its 2018 Advisory concerning Paysbook is still in effect and that it does not find grounds to lift it. Despite changing the company’s type of business, the Commission things this “change in business type “is just a “mere continuation and extension of the actual operations” of the company.

In a previous post in BitPinas, SEC gathered reports that Paysbook is offering online investments and enticing users to invest in a cryptocurrency called Indigen Coin. Members are set to earn by simply logging in and logging out of its Paysbook e commerce system. Money can also be earned if a person recruits individuals (even indirectly through his downlines) to the scheme in addition to the log in rewards and online activation codes. Members are set to earn Indigen Coins when they like, share, and comment on its social media account.

The Commission has warned investors to be careful of where they put their money when investing in unregistered securities. SEC mentions that an activity is a scam if it satisfies the following:

SEC said it will hold anyone who acts as salesman, brokers, dealers or agent of these companies criminally liable. They will be prosecuted and penalized with a maximum fine of 5 million pesos or 21 years of imprisonment.

The Securities and Exchange Commission of the Philippines has issued a brand new warning dated January 9, 2019 (See http://www.sec.gov.ph/public-information-2/investors-education-and-information/advisories-and-notices/) against Paysbook who allegedly operating a ponzi or pyramiding scheme.

Please be informed that Indigen Asia Limited HK has stopped issuing IDG to Paysbook several months now when they were first issued a warning by SEC, AND IT HAS COME TO OUR ATTENTION THAT THERE ARE STILL PAYSBOOK MEMBERS USING IDG TO RECRUIT NEW MEMBERS saying they will get IDG coins as rewards for using their social media.

1. Paysbook is a separate entity registered in the Philippines and is NOT in anyway connected with Indigen Asia Limited, the developer of Indigen coin, registered in Hong Kong.

2. Similar to Bitcoin, due to the decentralized nature of cryptocurrencies, Indigen may be used by any person or entity whatsoever and the developers of Bitcoin, Indigen, etc have no control in this matter.

We have communicated with SEC to remove the statement that implicates Indigen and we are hoping for their understanding and kind consideration.

[…] Here you will find 96675 more Information on that Topic: bitpinas.com/news/philippines-sec-paysbook-updated-part-2/ […]

[…] Information on that Topic: bitpinas.com/news/philippines-sec-paysbook-updated-part-2/ […]

[…] There you will find 45107 more Information to that Topic: bitpinas.com/news/philippines-sec-paysbook-updated-part-2/ […]

[…] There you will find 98726 additional Information to that Topic: bitpinas.com/news/philippines-sec-paysbook-updated-part-2/ […] 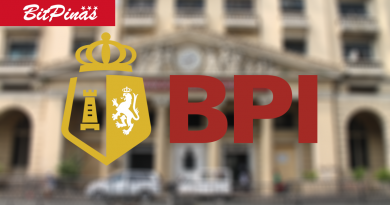 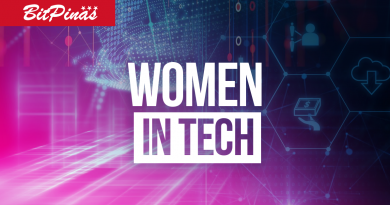 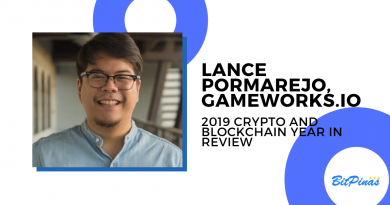