Mr. Arnel Ordonio, the alleged mastermind of the Php 900 million Bitcoin investment scam is asking for release. In an exclusive letter acquired by Rappler, Mr. Ordonio says that he can’t return the invested money if he’s just stuck in jail.

Nabbed by the Philippine National Police Criminal Investigation and Detection Group (PNP-CIDG) on April 4, 2018 in Vigan, Mr. Arnel Ordonio together with his wife Ms. Leonardy Ordonio was presented by PNP Chief Director General Mr. Ronald dela Rosa on April 10, 2018. During the announcement, the police share how the two were able to amass Php 900 million from 50 investors. It was revealed that they front their scheme with a company called “NewG” and operates like a pyramiding scheme with the use of virtual currency.
Being detained in jail, Mr. Ordonio was able to write a letter and Rappler was able to obtain it exclusively. The letter shows an apologetic Mr. Ordonio to his friends, investors, and relatives. He then stated that he could not give back the money they invested if he’s stuck there. He also asked for one last chance to grow the money he still has and also shared that running away never crossed his mind.
The letter also indicated that he is thankful for all visits he’s getting and doesn’t wish the same fate to them. He closes the letter by saying that he wishes to see “Allen” who he considers like his real brother, to bring him lots of comics, and to hold on a little longer.

[…] Here you can find 17029 additional Info on that Topic: bitpinas.com/news/php-900-million-scammer-release-me-so-i-can-return-the-money/ […]

[…] Info on that Topic: bitpinas.com/news/php-900-million-scammer-release-me-so-i-can-return-the-money/ […] 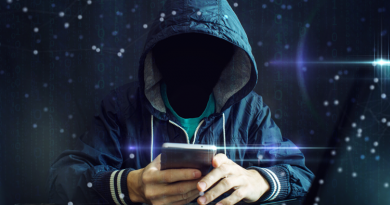