May 4, 2020 – Remittance giant MoneyGram reported a “quiet quarter” with regards to their partnership with blockchain firm Ripple.

Last year, MoneyGram and Ripple jointly announced a partnership with the former utilizing the latter’s platform to move money while Ripple, on the other hand, acquired a stake in the money transfer company.

While expectations are high for this partnership, MoneyGram CEO Alexander Holmes said Q1 2020 was a quiet period for them with regards to “pushing anything new into the market or expanding the service,” he said to Cointelegraph. He did say they covered a lot of ground in 2019 when it comes to expanding to new remittance corridors.

In November 2019, Ripple announced that its RippleNet system has achieved 300 customers while achieving a 10x year-over-year growth in transactions. RippleNet is a global network of banks, financial institutions, and payment providers to transfer money over the world. XRP is the bridge currently being leveraged to eliminate the need for pre-funding in cross border payments. RippleNet calls this On-Demand Liquidity (ODL).

The first ODL payment corridors are in Mexico and the Philippines.

In February 2020, it was announced that Visa, not Ripple, will power MoneyGram’s real-time remittance tech. Aptly called “FastSend”, it allows MoneyGram customers to send money to a phone number in real-time via a website or a mobile app. The service is using Visa’s “Direct Original Credit Transaction” so that the funds are delivered to a bank account through a debit card deposit. At that time, MoneyGram told Cointelegraph that the company uses Ripple’s ODL for trading FX at a corporate level.

The MoneyGram CEO stated that what they have with Ripple is a “good partnership” and he expects they will generate profits on “new services and new corridors”.

This article is published on BitPinas: Report: Quiet Q1 2020 for Ripple-MoneyGram Partnership 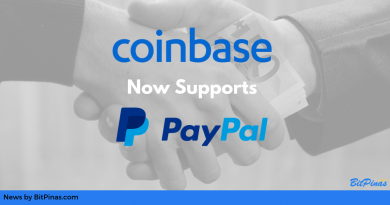