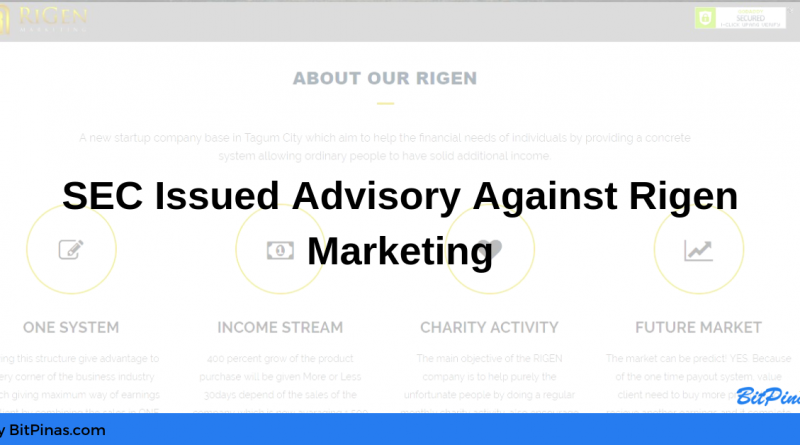 (Cagayan De Oro City, Philippines) May 28, 2019 – The Securities and Exchange Commission (SEC) advised the public against Rigen Marketing, a firm that promised investors with a 400% guaranteed return on money.

In the advisory released by SEC, Rigen Marketing is based in Tagum City, Davao Del Norte and is promising to help individuals “by providing a concrete system that will allow ordinary people to have solid additional income”. SEC’s investigation reveals that RIGEN is guaranteeing a 400% return on investment in just 30 days.

As per the SEC advisory:

Rigen is allegedly operated by personalities said to be “Big Players” in Forex and Cryptocurrency Trading and Duly Licensed in Singapore. – SEC

The problem is that this investment opportunity is illegal under the law (See Section 8 of the Securities Regulation Code). Rigen Marketing is not authorized to solicit investments from the public because they don’t have the license to do so.

SEC advises the public to exercise caution in putting money in these types of schemes involving the sale of unregistered securities. The Commission also said that anyone who acts as salesman, broker, or agents of Rigen in convincing people to invest in the scheme may be prosecuted, penalized with a fine of up to Php 5 million or up to 21 years of imprisonment.

While the SEC Advisory was released on May 24, 2019, it’s still business as usual on Rigen’s Facebook channel. The last update as of press time is that they are on office break while they are finalizing their new system and new policies against fake agents. The comments section, however, is littered with posts about late payouts. Also, it seems the company is announcing different locations for payouts.

An advisory from “John Rigen”, said to be the CEO of Rigen Marketing, posted on April 29, 2019 warning Rigen Marketing members of fake news spreading online:

In another press release also from the SEC, it reported that the Davao Anti-Scam Unit has already issued a cease and desist order against Rigen for operating without a business permit. Also, it confirms that Rigen’s operations have extended to Davao Occidental, General Santos, and neighboring municipalities.

3 YouTube Channels On Investment Scams in the Philippines - Pinoy Stack

[…] Filipinos have fallen prey to investment scams. In 2019, the country was rocked by the KAPA and RIGEN Ponzi schemes. Also, both were founded in Mindanao, where Aman Futures also wreaked havoc in 2012. […]

Fortuneteller Oracle - Your Source for Social News Business and Networking

[…] Find More to that Topic: bitpinas.com/news/sec-advisory-rigen-marketing/ […]

[…] There you can find 162 additional Information on that Topic: bitpinas.com/news/sec-advisory-rigen-marketing/ […]

[…]usually posts some very interesting stuff like this. If you are new to this site[…]

We came across a cool web site that you simply could get pleasure from. Take a look in the event you want.

[…] Information on that Topic: bitpinas.com/news/sec-advisory-rigen-marketing/ […]

[…] Here you can find 1212 more Info on that Topic: bitpinas.com/news/sec-advisory-rigen-marketing/ […] 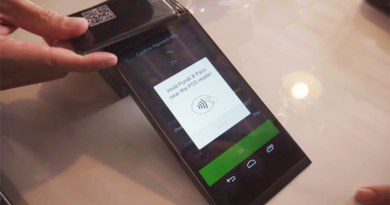 How to Buy Pundi X NPXS in the Philippines 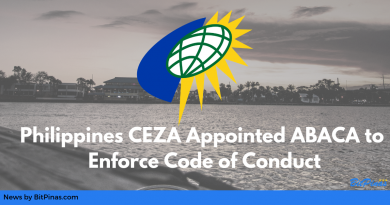