Union Bank unveils Project i2i, which aims to bring the unbanked in the Philippines to the financial system.

In its simplest sense, it is a blockchain-based transaction and payment system that aims to connect rural banks into the country’s main financial network.

While the Philippine economy is growing at a rapid rate, data suggests that it is not felt by the majority of Filipinos, particularly the unbanked. Union Bank thinks Project i2i can serve as a catalyst to inclusive prosperity for 35 million unbanked in the country.

Rural banks in the Philippines act as the financial facilitator in areas without access to credit. They provide banking services to places out of reach of the largest (called “universal”)  banks in the country.

However, rural banks are not members of Bancnet, the interbank network that connects ATM networks between banks locally and abroad. This network makes it possible for a client of one bank to withdraw funds from an ATM of another bank. They are also often not members of the Philippine Clearing House, so they cannot issue checks.

Union Bank’s Project i2i, which runs on the Kaleido blockchain platform, connects rural banks from each other and to Union Bank. Coursed through Union Bank, the rural banks now have access to the main banking network, which then allows them to perform important banking functions that universal banks can also do.

As of now, 5 rural banks are part of this blockchain initiative. One of them is Cantilan Bank in Surigao Del Sur.

The platform behind Project i2i is Consensys’ Kaleido, which is described as a solution for making blockchain simpler for enterprises. According to Steve Cerveny, founder of Kaleido, while many organizations are studying on how to implement the blockchain, these organizations often realized that the actual implementation can be hard, especially for enterprises. Blockchain has significant hurdles, like shared IT.

Kaleido allows enterprises to implement blockchain in a more accessible way while still maintain levels of robustness, security, and performance.

According to Mr. Ortiz, Kaleido allowed Union Bank to accelerate Project i2i into active pilot without the cost and complexity of starting from scratch.

[…] Here you can find 90389 additional Information to that Topic: bitpinas.com/news/union-banks-blockchain-project-i2i-launch-davao/ […]

[…] Read More to that Topic: bitpinas.com/news/union-banks-blockchain-project-i2i-launch-davao/ […]

[…] Here you will find 34688 additional Information on that Topic: bitpinas.com/news/union-banks-blockchain-project-i2i-launch-davao/ […] 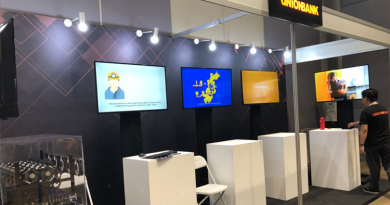 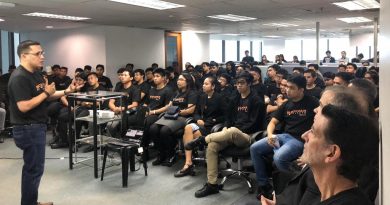