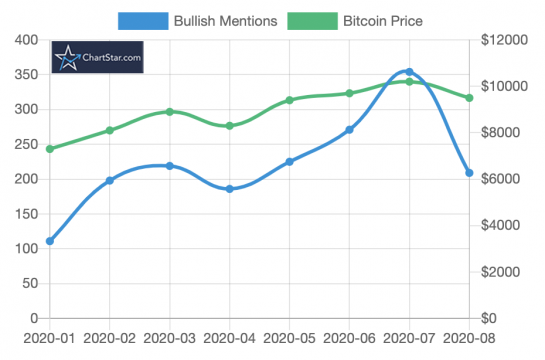 February 27, 2020 – According to cryptocurrency trading charting tool ChartStar, there is some correlation between the phrase “bullish” as mentioned on Reddit groups and the price of Bitcoin.

ChartStar tracked the mentions of the phrase “bullish” against the price of Bitcoin.

“Generally one may expect people with positive opinions on the price of Bitcoin to use the word “bullish” more often, particularly as the phrase is often used in a speculative, trading context.”

According to the graph below, as the mentions of the word “bullish” increases on Reddit groups, so does the price of Bitcoin.

However, on the 7th week of 2020, too much optimism led to an increase in “bullish” mentions but Bitcoin prices fell. ChartStar said that this might have indicated too much optimism and is a sign of Bitcoin being “overbought”, further noting that a correction may be due.

ChartStar touts itself as a next-gen cryptocurrency charting tool. It has tools like real-time market notifications, bot creations, orderbook heatmaps, and allows users to trade across multiple exchanges within a single interface.

This article is published on BitPinas: The Word “Bullish” as a Trading Signal?

[…] Find More on to that Topic: bitpinas.com/news/word-bullish-trading-signal/ […]

[…] Info on that Topic: bitpinas.com/news/word-bullish-trading-signal/ […]

[…] Here you will find 92840 more Information on that Topic: bitpinas.com/news/word-bullish-trading-signal/ […]

[…] Find More on that Topic: bitpinas.com/news/word-bullish-trading-signal/ […] 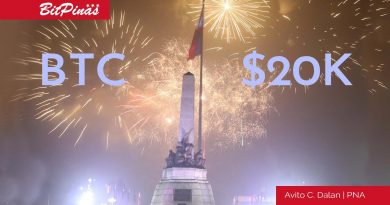