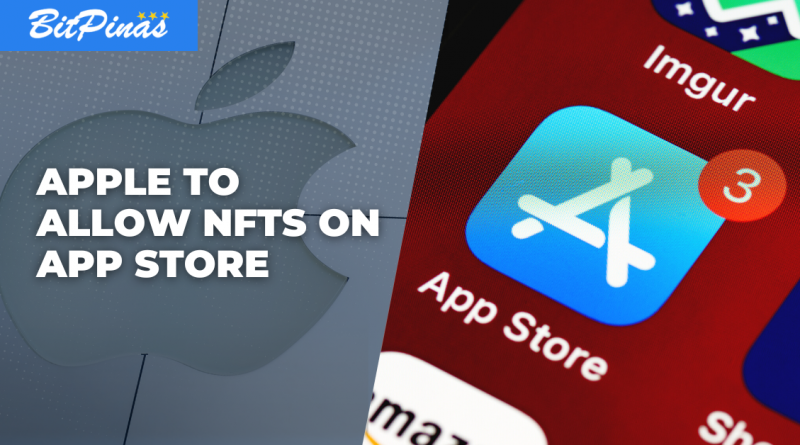 Following the footsteps of big entities venturing into the non-fungible token (NFT) space, tech giant Apple will now also allow buying and selling of NFTs through applications listed on its App Store.

However, the offer has been raising eyebrows as Apple expressed that it will take a 30% cut from app developers who make over $1 million through the ‌App Store‌ on an annual basis and 15% making less than that.

Tim Sweeney, the chief executive officer (CEO) of Epic Games, expressed his disagreement with the company’s cut percentage and tweeted that “Apple must be stopped” on its plan.

It is really a hefty sum, for as compared to the typical marketplaces like OpenSea and Magic Eden, they are only taking a commission of no more than 5% in general. Although Android’s app store, Google Play, actually also applies the same policy as Apple’s.

Prior to this, apps that were storing or displaying NFTs may have been breaking Apple’s rules, but with this venture, developers can now legally sell NFTs.

On the other hand, a web3 firm’s CEO, Gabriel Leydon, chose to see the positive side of the news:

While Apple now allows NFTs, cryptocurrencies are still not accepted on its platforms just yet. However, according to the announcement of crypto wallet Metamask earlier this year, through their recent IoS update, iPhone users will now be able to buy cryptocurrency using a debit or credit card through the mobile Apple Pay application. (Read more: MetaMask: iPhone and Apple Pay Users Can Now Buy Crypto)

Last April, Apple’s iCloud backup data was utilized in a phishing attack where the hackers stole $655K after they got access to the user’s MetaMask seed. (Read more: Hackers Steal $655K After Extracting MetaMask Seed From iCloud Backup)

This article is published on BitPinas: AppleTo Allow Apps Selling NFTs On Its App Store But With 30% Cut Per Transaction