In a span of a year, over $100 million worth of non-fungible tokens (NFT) have been stolen by thieves where they make an average of $300,000 per scam, according to blockchain research firm Elliptic.

According to the report, a total of $100.6 million worth of NFTs were stolen between July 2021 and July 2022. Included in the report were the trends in NFT-related scams— use of digital asset mixers in NFT money laundering, as well as the prominence of social media compromises in NFT thefts.

Since the rise of the web3 worldwide, the amount of hacking and scams have plagued the crypto industry. In fact, the record year for the first metric, May 2022, recorded the amount of  $23.9 million from the stolen 3,473 NFTs. In July, stolen NFTs were registered at 4,647, but while the figure is relatively higher, its value was just $3.9 million— this is due to the ongoing crypto winter where most digital asset prices significantly dropped.

For the schemes, Elliptic noted the amount of money-laundering in NFT-based platforms was at $8 million.

For scams, NFT criminals relied on generic phishing to target their victims over 50% of the time. Moreover, they pointed out that the social media compromise-based phishing has risen over the past year which accounted for a quarter of the victims recorded in the data. They emphasized that the “laundering tool of choice for 52% of NFT scam proceeds before being sanctioned by the Office of Foreign Assets Control (OFAC) in August 2022. Its prolific use by threat actors engaging with NFTs further emphasizes the need for effective sanctions screening by NFT platforms.” (Read more: Four Tips for NFT Artists To Protect Themselves from Hacking and Online Theft)

Also, elliptic notes that scammers now have access to tailored malware that can bypass multi-factor authentication, making it easier to target their victims.

“Scammers have also been known to pay to advertise their sites on search engines… meaning that unwitting individuals searching for the impersonated NFT platform will see a host of phishing links at the top of their search results,” Elliptic wrote.

Further, almost $329 million worth of funds in the NFT market came from services such as the “cryptocurrency mixers” which are designed to hide the funds’ origin.

Accordingly, the Bored Ape Yacht Club recorded the largest stolen amount  for specific NFT projects, accounting for $43.6 million of all the digital collectibles—three times as high as the second-placed collective. Last June, BAYC’s Instagram account and Discord server were compromised and lost NFTs estimated to be worth upwards of $13.5 million, based on the floor price of the hacked digital collectibles at the time of the heist. (Read more: Bored Ape Yacht Club Instagram and Discord Hacked, Several NFTs Already Stolen)

In May, the Twitter account of the well-known NFT artist Beeple was hacked due to a phishing scam where the hacker posted the link to a phishing website to steal funds that appear to have stolen more than $70,000 in Ethereum (approximately ₱3,700,000). (Read more: Beeple’s Twitter Account Hacked, Criminals Stole Php 3.7 Million Pesos Worth of ETH)

This article is published on BitPinas: Elliptic: More than $100m worth of NFTs stolen since July 2021 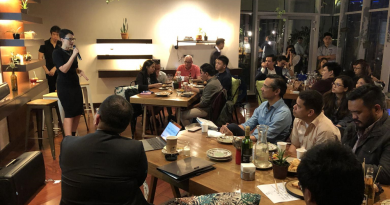 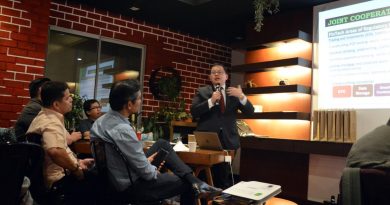