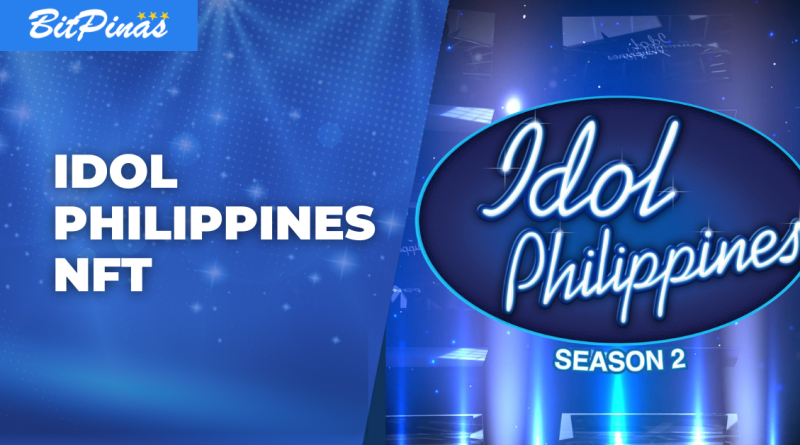 Non-fungible tokens (NFTs) have become a huge thing in the Philippines since 2021 following the popularity of play-to-earn games which utilizes NFTs as game assets. The play-to-earn craze also kickstarted the mass adoption of NFTs into the portfolios of Filipinos including known celebrities and entities.

One of the recent additions to the NFT venturers is the ABS-CBN’s singing competition “Idol Philippines” which launched its own collection; the first batch was released last August 12 on ThetaDrop, an NFT marketplace by Theta Network. This follows Theta Lab’s, the company behind Theta Network, previous partnership with Idol PH’ sister show, American Idol, earlier this year.

“Our partnership with ‘Idol Philippines’ is the latest step in onboarding leading entertainment brands into the world of Web3. Just like our ‘American Idol’ collaboration, we couldn’t be more excited to show how this new paradigm can create exciting and meaningful experiences,” Mitch Liu, CEO and co-founder of Theta Labs, said.

“This partnership will allow our audience to experience ‘Idol Philippines’ in a new, fun, and exciting manner as we work towards innovating the way viewers connect with the show. We are very grateful for our collaboration with Fremantle and Theta since this is only the beginning as we continue to explore meaningful ways in which our audiences can fully enjoy their favorite shows,” ABS-CBN Corp. head of digital Eugenio Lopez IV stated.

The first drop included commemorative digital collectibles of the “Idol Philippines” logo, sold at ₱50 each, as well as 400 “Golden Ticket” animated graphics cards at ₱999 each. The Golden Tickets will also serve as passes for live shows throughout the month of August.

For the second drop, which started on August 18, included 2,400 units of the “Finalist Pack” featuring the “Idol Philippines” contestants at ₱899 each; The NFTs are divided into three classes; Bronze, Silver, and Gold rarity tiers.

Along with the second release of NFTs were the launch of 100 “Platinum Ticket” priced at ₱1,999 each. The tickets have a utility of being entry passes to the “Idol Philippines” finals on September 17 and 18, and will give owners the chance to meet the show’s grand winner.

Recently, the founder and Chief Executive Officer (CEO) of NFT launchpad Anotoys Collectiverse Oscar G. Tan-Abing Jr. announced that the company is planning to bring celebrities to the metaverse to attract more fandoms and give fans exciting new opportunities to connect with their favorite stars. Comedian Michael V and other stars dubbed the launchpad and its NFTs as “the first celebrity-approved NFT in the Philippines.”(Read more: Anotoys Collectiverse Reveals Plans to Onboard Celebrities to the Web 3.0 Space)

This article is published in BitPinas: TV Show Idol Philippines to Launch Own NFTs