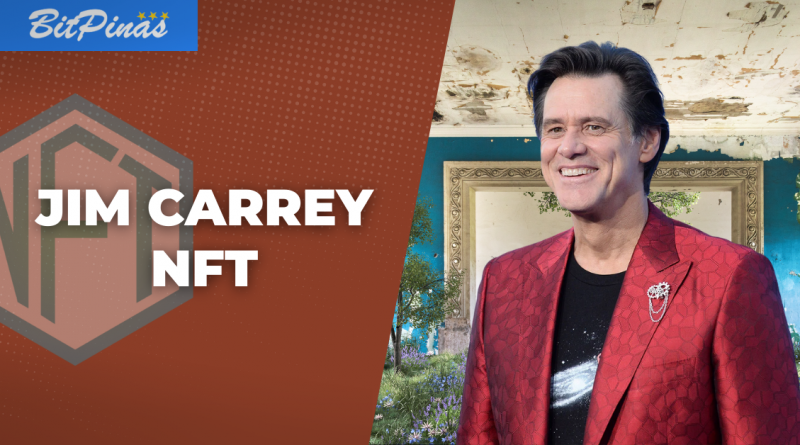 In a tweet published on June 2, Carrey shared his first-ever NFT which he bought from SuperRare, an exclusive crypto art marketplace. His NFT is called “Devotion”,  a piece from the genesis project ‘The Wild Within’ by artists Ryan Koopmans and Alice Wexell.

Koopmasn, on the other hand, expressed his gratitude and stated that “aside from being a wildly dynamic, authentic and respected actor, Jim is an awesome artist as well.”

“It’s fun that someone who champions creativity, positivity and mindfulness (is) connected with the work that @alicewexell and I created over several years & is very close to my heart.” –Ryan Koopmans

However, other international celebrities that dabbled into crypto and NFTs received backlash and were criticized for promoting projects that are cash grab. (Read more: Are Project Owners and Influencers Responsible for an NFT Rug Pull?)

This includes rapper Lil Uzi Vert who shilled the project Eternal Beings to his 8.5 million fans last year. SnoopDog also retweeted his tweet promoting the project. August last year, SnoopDog also promoted the crypto coin Baby Eth on his Instagram account without marking it as an ad. The coin hit 2 million trading volume before dumping down to 0$ a month later.

Influencer brothers Jake and Logan Paul also promoted projects that eventually turned out to be rugpulls. Logan Paul shilled the project Dink Donk as the ” dumbest and most ridiculous shit coin” and “That’s why I’m all in” on the 28th of July. The tweet has since been deleted and the coin fell from 1.2 million trading volume to its current trading volume of none.

Jake Paul shilled two projects, Safemoon and Yummy which are both currently valued 0$. Yummy coin once reached $430,187 before crashing down to $0 in trading volume

Another is Paul Pierce, former Boston Celtics superstar, who’s now facing a lawsuit after promoting a crypto coin that he secretly was a partner of. The promotion allowed him to sell trillions of coins in a “pump and dump” scheme to make multiple millions of dollars. The lawsuit also includes artists and influencers Logan Paul, Kim Kardashian, Floyd Mayweather Jr and Matt Damon.

In the Philippines, rug pulls are also present. For instance is the incident regarding Surf Shark Society, a big NFT project endorsed by celebrities and influencers. More than ₱11 million was taken away according to estimates of BitPinas sources. (Read more: Pinoy NFT Surf Shark Society Rug Pull – What Happened?)

This article is published on BitPinas: Jim Carrey Buys his First NFT