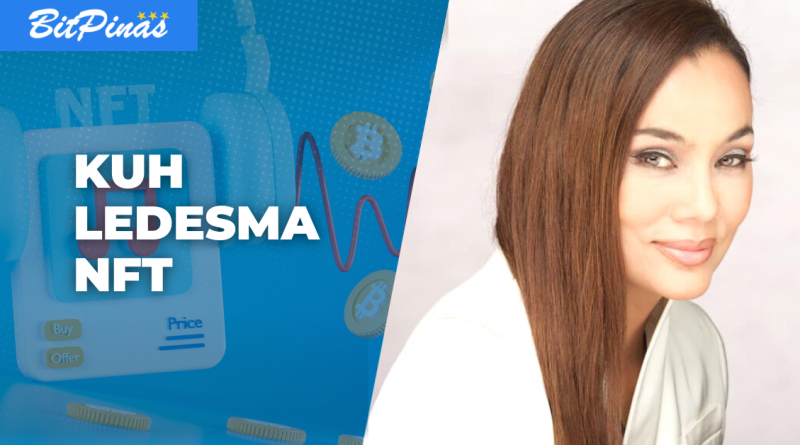 The singer’s NFT, which is her song “Precious,” is released on AnimalAid.io and will have all of its proceeds go to PAWS. Based in Quezon City, PAWS is a non-governmental organization that champions animal rights.

AnimalAid.io dubs itself as a “non-crypto NFT market where users can create their own pet digital photo tokens,” which will be used to reward or donate to animal shelters. Owning the NFT also means having access to perks, including special events and promotions, its website said.

Ledesma’s “Precious” NFT will be available online on October 2 on various digital platforms. “Precious” is the lead single of the singer’s album which was launched in the US in 1997.

An NFT is a unique cryptographic asset stored on a digital ledger called a blockchain. It can be a piece of art or music, among other things.

This is not the first time that a celebrity has released his/her own NFT. Celebrities both domestically and internationally have released or supported NFT projects as they become more widely accepted.

Actor and comedian Jim Carrey has also ventured into NFT. In June, Carrey shared his first-ever NFT, purchased from SuperRare, in a tweet.

In addition, paintings created by Filipino artist Heart Evangelista have been sold on OpenSea for 2.5 ETH. She created the piece with Luis Buenaventura II, the founder of CryptoPop Art Guild (CPAG) and the first Filipino crypto artist. Another of her crypto art creations, “Desiderantium,” was sold for 7.35 ETH.

Lastly, Michael V, comedian and artist, is supporting Anotoys Collectiverse, a launchpad and marketplace rolled into one. The platform allows fans, collectors, artists, and celebrities to converge on everything from premium and digital collectibles to celebrity memorabilia.

Veteran Journalist Julius Babao suggested that NFTs must have physical tokens when purchased to be able to attract more collectors and artists in the industry.

“In order to sell the NFT created by a known artist or upcoming artist, you have to package them with a physical artwork like a print. So, you buy an NFT, you get a print, something like that, something that you can display in your home,” Babao said.