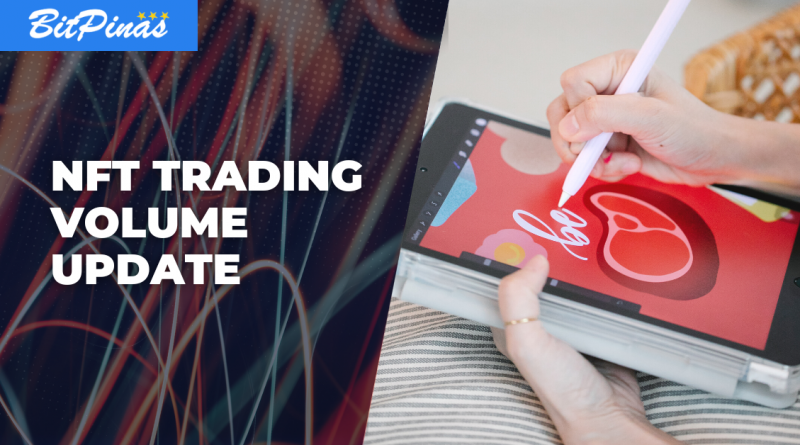 Following the still ongoing bear market that started earlier this year, the market trading volume of non-fungible tokens (NFT) has crashed by 97% in 9 months. According to crypto-asset analysts Dune Analytics, the value went down from $17 billion in January 2022 to $466 million in September.

Before crashing alongside the beginning of the crypto winter, the weekly trading volume peaked at an all-time high of $146.3 billion in April 2022.

NFTs are a distinct, unique, and easily verifiable type of digital item that can represent items such as digital art, virtual real estate, in-game assets, and many more.

Along with other countries, the Philippines also got into the NFT wave. In fact, in February, a study by an information service platform, Finder, revealed that 32% of Filipino internet users are NFT owners. The research surveyed 20 countries, where 28,000 people participated. According to Finder, the Philippines ranks first for the adaptation of NFT. (Read more: There are More NFT Owners in the Philippines Than Anywhere Else)

In another research from Finder in May, where they surveyed 26 countries, the Philippines ranked 4th with the highest NFT adoption. The study also revealed that 25%, or one out of every four Filipinos who use the internet, played play-to-earn (P2E) NFT games, like Axie Infinity. (Read more: 1 in 4 Filipinos Are NFT Players, PH Ranks 4th highest in the World)

With the still ongoing adoption of NFTs in the country, the financial regulators, Bangko Sentral ng Pilipinas (BSP) and the Securities and Exchange Commission (SEC), have asked the Senate to draft legislation addressing these issues and loopholes within our regulations.

Currently,  Atty. Rafael Padilla, a commercial lawyer specializing in fintech and crypto, said there is still no specific law about NFTs in the Philippines. (Read more: What is the Current State of NFT-related Laws in the Philippines?)

This article is published on BitPinas: NFT Market Volume Drops 97 Percent From 2022 Highs