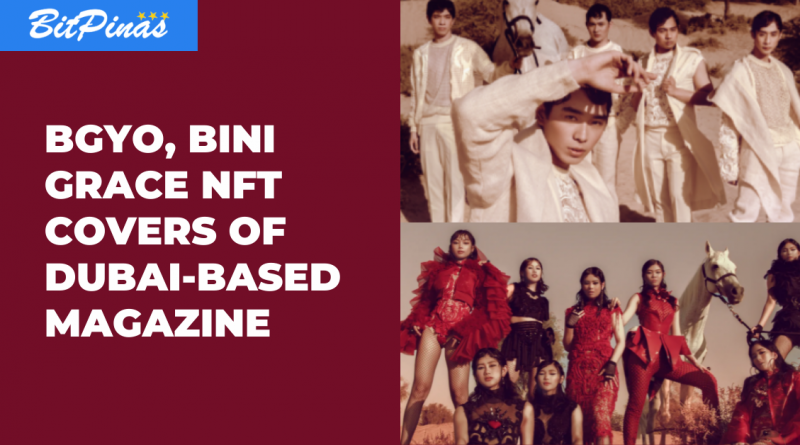 Following the massive adoption of non-fungible tokens (NFT) around the world, P-pop sibling-groups BGYO and BINI made history as the first Filipino artists to be featured on the NFT covers of XPEDITION, a Dubai-based magazine.

The magazine covers of the artists highlight the themes The Raging Storm for BGYO and The Burgeoning Grace for BINI. Both solo and group covers were released last Tuesday, February 22 through a virtual launch in the Metaverse app Spacial, a simulated digital environment that uses augmented reality and virtual reality. The members of BINI and BGYO attended the launch in their avatars as they interacted with the event attendees.

The project was initiated by Yugen and his co-founder Ian Borromeo. XPEDITION  is the  first magazine in the Middle East to launch in the Metaverse.

The cream-colored suits worn by BGYO and BINI are from fashion designer Furne Amato. Amato is a Dubai-based Filipino designer for several Hollywood celebrities, pop stars and even for the beauty queens of Miss Universe.

Through this launch, Yugen, Borromeo, and Amato also became the first Filipino producers and fashion designer to ever launch an event in the Metaverse.

BINI, an 8-member group composed of Aiah, Colet, Maloi, Gwen, Stacey, Mikha, Jhoanna, and Sheena, were launched in 2020 with the cover “Da Coconut Nut” and debuted with their single “Born to Win” the next year. Meanwhile, BGYO, composed of Akira, Gelo, JL, Mikki, and Nate, recently celebrated their first anniversary after releasing their debut single “The Light.”