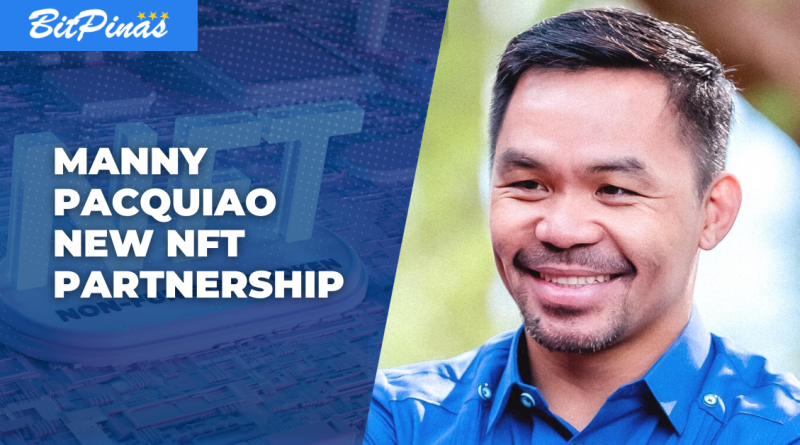 For the fourth time, boxing legend Manny Pacquaio is getting his foot back into the metaverse as he entered another venture into the non-fungible token (NFT) space with his latest collaboration NFTOne, a Tron-based NFT marketplace, and START, an NFT marketing company and platform.

According to Pacquiao, NFTs and cryptocurrencies are the future of business, and through these, “we can help more Filipinos.” The boxing champ also promised to bring new experiences to his Filipino fans.

“The full trust and confidence of the Asian businessmen in Asia is always solid for our honorable Manny Pacquiao that’s why he was chosen as honorary chairman of START INC,” said Arnold Vegafria, one of the boxer’s business partners.

Vegafria was also the Director of the Miss World Philippines where he led the organization to collaborate with developer Doill Technologies last May to further venture and expand its market reach into the blockchain and cryptocurrency space. (Read more: Miss World NFT? PH Org to Venture Into Crypto Space)

“When it comes to NFTs, Singapore, China and Japan are the biggest countries involved in this new platform of cryptocurrency, and they have full trust for Sen. Pacquiao, who will always be a crowd drawer, a great influencer, and a good global public model for their brand,” he added.

Further, Atty. Brando Viernesto, Pacquiao’s legal adviser as well as the legal consultant of START Inc., highlighted that the boxer’s venture into the NFT space is like a one-two-punch combination:

“We think that Sen. Pacquiao’s entry in the NFT arena will also entice other sports stars to join in the NFT bandwagon and allow fans to be closer with their idols using NFTs.”

Priorly, Pacquiao has launched a total of three NFT projects since 2021.

His first was with Ethernity Chain in June 2021, where he released a licensed authenticated NFT collection.

In mid-2022, he simultaneously launched two projects; the first was a tribute to his dog  and the second was his “very first exclusive Manny Pacquiao NFTs”:

Last June, he announced the launch of the NFT project “Pacman the Jack Russell” where the mint was tentatively scheduled for July 15, after a period of community development, whitelisting, presales, and public sales. However, there was no news about the progress of the collection since, and upon checking on NFT marketplaces, such as Binance and Magic Eden, it was not ever minted except for a sole NFT in Opensea that was never sold.

Meanwhile, in July, Pacquiao announced his partnership with Lodi Technologies, the firm behind the SEC-flagged Lodicoin, to launch his second project, Manny Pacquiao NFT Project (MPNFT). The last update about this collection was a tweet from the team claiming that 1,000 out of the 10,000 collections were sold. But the webpage of the collection on the Lodicoin website was already inaccessible.

Pacquiao was in the space as early as 2018. In March of that year, he was announced as the celebrity ambassador for the cryptocurrency exchange GCOX.

In April 2018, he announced the launching of his cryptocurrency called PAC Token.

While in September 2019, the coin was officially launched after a free concert in Manila.

Then, in December 2020, he announced his new payment platform, dubbed “PacPay,” which aimed to offer more convenient and safer financial transactions for global influencers and fans globally.