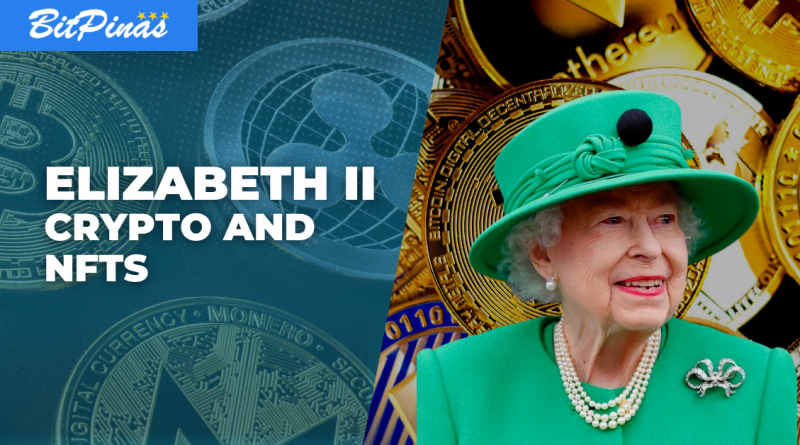 Seven days after the London Bridge went down, about 40 Queen-related meme tokens and non-fungible token (NFT) collections have been seen on the blockchain and in the web3 community.

At the age of 96, Queen Elizabeth II passed away on September 8, 2022, after wearing the crown for more than 70 years. She was the longest-reigning monarch in the history of the United Kingdom.

While the memecoins mentioned above flooded the crypto community during the Queen’s passing, the tokens cannot be seen on crypto market and data aggregators Coingecko and Coin Market Cap.

RIP Queen Elizabeth II, with a current floor price of 0.01 ETH, seems to show that its creator was waiting for the moment that the Queen will pass because of the 579 items available on OpenSea, and is considered a memorial collection.

Queen Elizabeth 69 Years NFT is an NFT collection that highlights the 69 years of Queen Elizabeth II’s reign. Though the name looks like a mistake because the Queen actually reigned for 70 years, the developers did it intentionally.

“Sure call us a grift or whatever you’d like but we’re going to leave this collection up for those who want verified ownership of a moment captured in time for each year of #QueenElizabeth ‘s amazing time as queen,” the developers tweeted.

The third one is the Elizabeth Punks Inu, with the same intention as the collections above.

According to the official Twitter account of the project, Elizabeth Punks Inu is a “collection of 3333 legendary Elizabeth Punks. Free Mint. No Roadmap, no Discord, no ‘utility’ just Elizabeth (RIP).”

Though the different memecoins and NFT collections that flooded the community when the London Bridge went down drew different reactions from the community, BitPinas would like to send sympathy to the Royal Family. Rest in Peace to Her Majesty, Queen Elizabeth II.

This article is published on BitPinas: A Week After the Queen Died: Queen Elizabeth II-related Memecoins, NFTs Popped Out