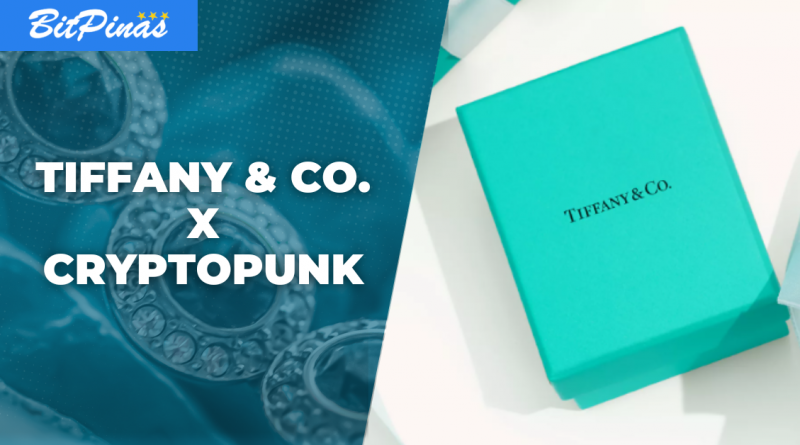 Luxury jewelry maker Tiffany & Co., has recently announced that it has partnered with the non-fungible token (NFT) collection CryptoPunk and revealed that it is launching a series of NFTs exclusive for its holders.

In a prior tweet, the firm disclosed that an NFT will have a specified price of 30 ETH. As of writing, a piece costs over $51,000 or more than ₱2.8 million.

Moreover, according to the NFTiffs FAQ page, the NFTiff token sale will end on August 12, 2022. They also noted for the tokens to only be available for purchase via its website. The physical pendant is expected to be delivered in early 2023.

Consequently, the firm stressed that each CryptoPunk holder will be limited to a maximum of three NFTiff tokens which will allow them to mint a customized pendant.

NFTiffs will have 87 different attributes and 159 colors that can be used to custom design the pendants, and the pendant itself will be composed of 18-Karat rose or yellow gold depending on the color palette of the NFT.

“NFTiffs represent a collection of 250 digital passes, offered by Tiffany & Co. which may be minted when purchased and redeemed by CryptoPunks holders for the creation of a custom-designed pendant and a NFT digital artwork that resembles the final jewelry design. The pendant will be designed and crafted by Tiffany & Co. artisans, and inspired by the Cryptopunk owner’s Punk NFT. Only 250 NFTiff passes will be available for purchase. Each customer may purchase a max of 3 NFTiffs.” -Tiffany & Co.

Prior to this, Tiffany & Co vice president Alexandre Arnault, who owns CryptoPunk #3167, was already teasing the project in April.

In a tweet, Arnault revealed his new rose gold and enamel CryptoPunk, which was transformed with a new sapphire and Mozambique-colored set of glasses and a yellow diamond round earring.

This, however, is not Tiffany & Co.’s first venture into the NFT space, last  March, the firm dived into the space for the first time through its purchase of an Okapi NFT from Tom Sachs. The firm reportedly purchased the NFT for $380,000. Following this, the NFT has since set it as the company’s profile picture on twitter.

This article is published on BitPinas: Tiffany Reveals NFT Collection for CryptoPunk Holders