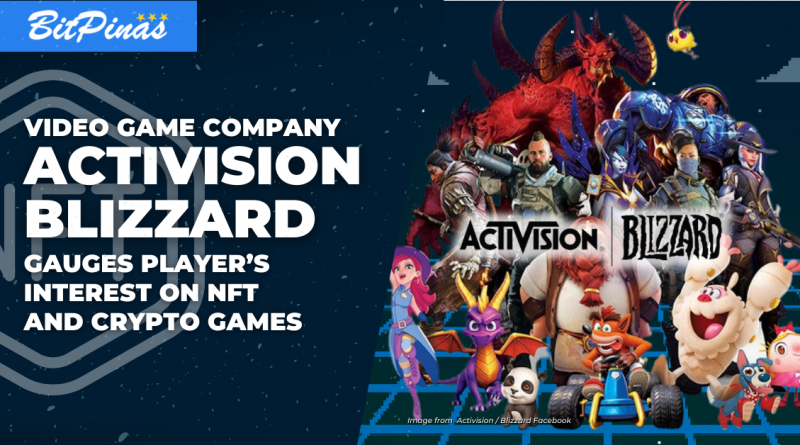 Activision Blizzard has briefly looked into the possibility of pursuing blockchain technologies for its games as it conducted a YouGov survey gauging the players’ interests in “emerging/future trends in gaming”, such as NFTs and cryptocurrency games. However, Blizzard president Mike Ybarra has denied the rumors of interest in introducing NFT games.

“No one is doing NFTs,” Ybarra replied in a tweet, as he rebuked the claims that sparked from the survey asking player’s views on other gaming innovations, such as VR and AR, AI, cross-play, and game subscription services, aside from blockchain gaming and NFTs.

Just like Activision Blizzard, few companies have expressed their thoughts on joining the NFT craze, but are quick to veer away from the idea. EA and Team17 are the two of them.

In February, Team17 introduced Worms NFT—a supposed “environmentally friendly” NFT game according to the developers. However, the company announced the game’s discontinuance shortly after its launching, describing it as “an end to the MetaWorms NFT project.”

There are still companies out there that continue being active proponents of NFT technology despite the disdain that it receives from some companies. Ubisoft, in particular, has already embraced the technology as they introduced an NFT cosmetics system called Quartz that offers limited-edition cosmetics that can be exchanged for cryptocurrency. Despite the backlash it gets, Ubisoft Strategic Innovations Lab VP Nicolas Pouard remained unwavering, saying that players “just don’t get it.”

As NFT’s prominence continues to grow, other companies have also shown interest in entering the NFT space. This includes Sega, with its producer Masayoshi Kikuchi saying that “it is a natural extension for the future of gaming that it will expand to involve new areas such as cloud gaming and NFTs.” Square Enix and Konami are also part of the companies interested in non-fungible token innovation.

Activision Blizzard, an American video game holding company, is set to be acquired by Microsoft, framing a $70 billion deal.

This article is published on BitPinas: Activision Blizzard Asks Players About NFT and Crypto Games