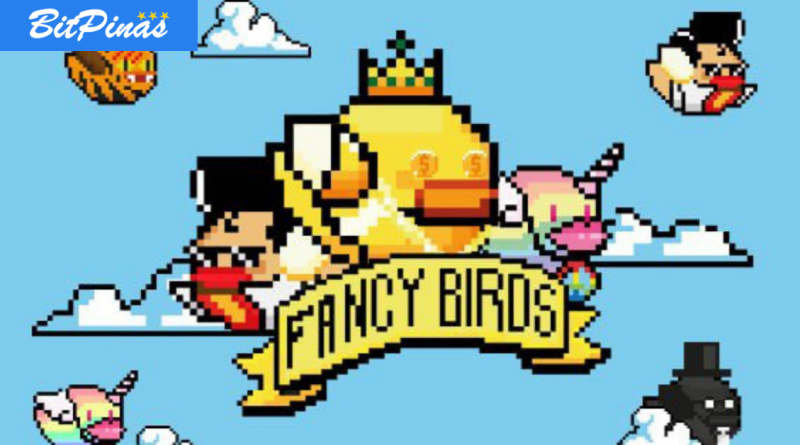 In hopes of replicating the success of the hit mobile game Flappy Bird, the new play-to-earn blockchain game, Fancy Bird, is now on its pre-seed funding round as it is set to be launched next month.

Among the names who invested and showed support for the upcoming game are Kain Warwick from Synthetix, Stani Kulechov from Aave, Tyler Ward from Barnbridge, angel investor Santiago Santos (ex-ParaFi Capital) and 0xmaki from Sushi.

In addition, the players who will earn their spot as “the fanciest bird in the nest”, can earn 40% of the Fancy token (FNC) that can be utilized for upgrades such as bird customization.

Following the success of NFT games today, Fancy Bird will also have a similar multiplayer mode based on Axie Infinity, where players can breed different bird characters and take part in tournaments. Developers of the game is yet to announce how breeding, staking and tournaments will be executed.

As the arena of P2E games in the Philippines grows, the team behind the “new” Flappy Bird game hopes to appeal to the huge P2E community in the country. “It’s tapping into the same thing as Axie Infinity and it’s on mobile so anyone can play so I’m expecting a tonne of players to pile in,” Warwick said. (Read More: Axie Infinity Reaches 2.2 million Lunacians)

The Illuvium founder Kieran Warrick, one of the first investors of the game, also served as the advisor and helped organize the pre-seed funding round.

Meanwhile, the team is also planning to launch the game on Immutable X, the Ethereum NFT scaling layer 2 project.

Flappy Bird is an arcade-style mobile game developed in 2013 by Vietnamese video game programmer Dong Nguyen, under his company, DotGear. One year after its launch, the game experienced a sudden rise in popularity because of its addictive feature.

This article is published on BitPinas: The Next ‘Flappy Bird’ Gets Seed Funding From Major DeFi Investors

[…] This article is published on BitPinas: The Next ‘Flappy Bird’ Gets Seed Funding From Major DeFi Investors […]

The Next ‘Flappy Bird’ Gets Seed Funding From Major DeFi Investors – Crypto News at TRAILMAKER.ORG

[…] This article is published on BitPinas: The Next ‘Flappy Bird’ Gets Seed Funding From Major DeFi Investors […]