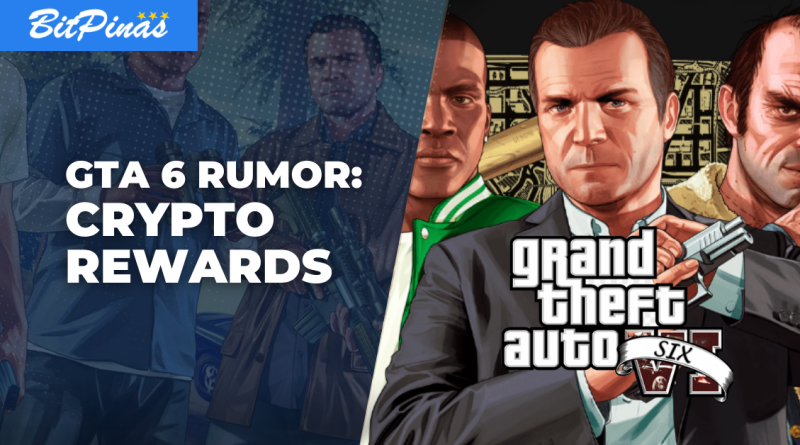 According to leaks spreading across the gaming world, one of the largest gaming franchises in the world, Grand Theft Auto’s upcoming installment GTA 6, will have a feature of a Bitcoin-like system in-game and will be implementing crypto into its online reward system.

Although there is still no direct confirmation from the developers Rockstar Games, rumors include that the crypto feature may probably just be in-game since GTA is known for parodying modern life–including technological stuff.

With GTA tapping into the real-world blockchain and including real cryptocurrency waiting to be earned by players, the developers have neither confirmed nor denied that GTA 6 Online will be play-to-earn.

Fans of other known games and game developers also expressed mixed reactions towards their crypto and NFT ventures.

Last year, gaming giant Ubisoft also formally announced its intention to develop play-to-earn NFTs. The announcement was followed by the launch of the Ubisoft Quartz platform, a platform for its in-game NFT items. The platform is the first step in the video game firm’s aim for developing a true metaverse built on the Tezos blockchain, an open-source blockchain system. (Read more: Ubisoft Launches Tezos-powered NFT Platform)

On the other hand, Valve, video game developer, PC game store and mother company of Steam, bans all blockchain games that feature NFT or cryptocurrencies on its video game digital distribution service. While its rival, Epic Games stated that it is open to letting games that use blockchain technology and NFTs onto its PC store.

This article is published on BitPinas: Upcoming GTA 6 May Include a Cryptocurrency Feature