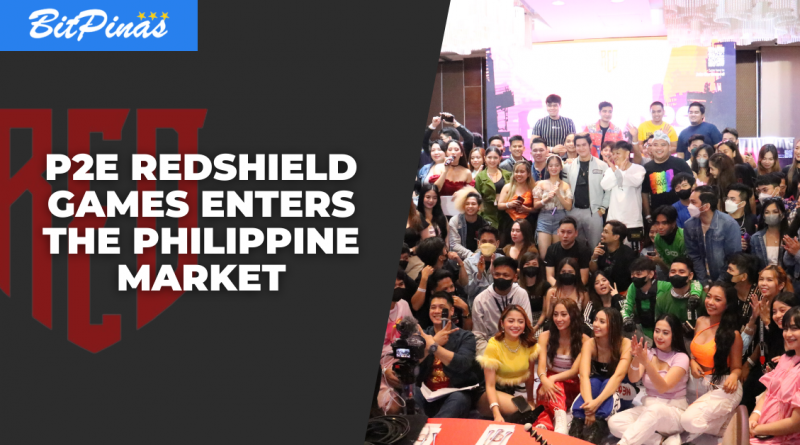 RedShield Games, a play-to-earn blockchain gaming project, has successfully organized its first-ever promotional event titled “RedShield Spartan.” The initiative aims to develop a RedShield Ambassador Community in the Philippines and also to announce RedShield Games’ IDO and non-fungible tokens (NFTs) presale, which will be launched in the third quarter of 2022.

In a statement, Wayne Fun, the founder of RedShield revealed its future plans to BitPinas:

The event attendees, including 100 influencers that sums up a total outreach of over 40 million followers, were given a first-hand preview of RedShield Games as well as the gameplay to further engage their interest for early project sign-up.

Fun noted how digital games soared in the Philippines last year, pointing to a study conducted by Statista that revealed the Philippines has boasted 20% crypto adoption, providing a reliable source of income for many of them. Accordingly, based on global ﬁntech platform Finder, the Philippines ranked 4th with the highest NFT adoption globally. Also, the study revealed that 25% or one out of every four Filipinos played play-to-earn  NFT games, like Axie Inﬁnity. (Read more: PH Ranks 2nd in Crypto Ownership)

In a statement, RedShield emphasized that on the grassroots level, the “Philippines has become a hotspot for blockchain-powered P2E games more than ever before. The RedShield team aims to reach and venture into innovation-driven markets like the Philippines and other Southeast Asian countries such as Vietnam and Indonesia.”

“The Philippines is the first market we are entering into as we have seen a huge adoption towards P2E games. We believe that the local gaming enthusiasts are more receptive to this model. Hence, we are here to onboard them to this exciting project. We expect to establish a community-owned game with them as they become a part of RedShield Games and unlock a different source of income and enhance their gaming experience,” continued Wayne.

The game is set in an alternative dystopian universe in the 1940s during World War 2, every superpower nation conducted their secret experiments aiming to produce controllable super soldiers. Unfortunately, one of these secret experiments took a wrong turn and opened up Pandora’s box for humankind, changing the face of the earth forever.

Players will battle, collect NFTs – Champions, Symbions and Bunkers – govern the lands and earn from these interactions. The game adopts a community-driven approach and is dedicated to building a real player-generated economy in the ecosystem in which players can buy, sell and trade their NFTs in the marketplace.

According to the developers, while they were designing and ideating the game, they have considered replayability and player ownership. The players will have complete control to decide which path they would like to embark on throughout their adventure in the RedShield Universe. Players who want to be part of the RedShield universe are given flexible playstyle options while progressing through the game with compelling lore and visuals. Players can customize their NFT characters with different builds to diversify their gameplay and increase the value of their NFTs.

This article is published on BitPinas: RedShield Games Plans to Engage 100 Influencers in the Philippines