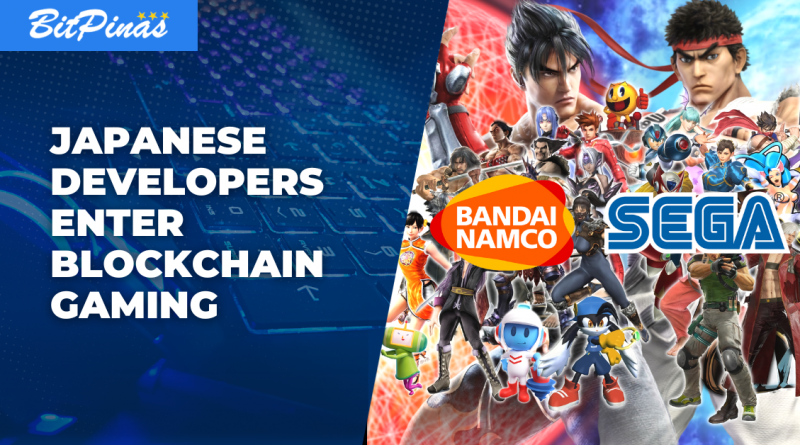 While there are gamers that do not like the idea of web3 gaming, Japanese gaming firms Bandai Namco and SEGA seem to falter as they are trying to position the firms for mainstream blockchain game adoption, according to blockchain project Oasys representative director Ryo Matsubara.

In an interview with Cointelegraph at the 2022 Tokyo Games Show, Matsubara disclosed that their project’s partners Bandai Namco, Sega, and Square Enix have a long-term vision for blockchain-based gaming.

“We have a shared vision about blockchain at the executive level. They don’t [want to] change that policy. They really understand the future adoption of blockchain. They’re not thinking about, you know, just the revenue, they want to create the next future [of gaming],” he stated.

Square Enix, the developer of Final Fantasy, has priorly jumped into the blockchain tech space ahead of the aforementioned developers after it signed a share transfer agreement with Sweden-based Embracer Group AB, and sold some of its overseas studios and intellectual properties (IPs) last May for it to be able to invest in blockchain. (Read more: Final Fantasy Developer Sells $300M Worth IP, Including Tomb Raider, to Invest in Blockchain)

Bandai Namco has been best known for being behind the games Tekken and Pac-Man, while Sega’s most famous games are Sonic the Hedgehog. As per Matsubasa, these firms are rather looking at developing brand new blockchain games instead of integrating blockchain tech with their current gaming franchises.

According to him, blockchain is a completely “new model” of gaming and it requires more time to develop before big companies will look into blockchain integrations with traditional games.

“When the model is fixed, becomes sustainable and successful, then strong [popular] IP will be added,” he stated.

The popularity of blockchain and non-fungible tokens (NFT) has indeed surged over the past year following the popularity of play-to-earn games. Just this month, Epic Games released its first NFT blockchain-based game, Blankos Block Party, on its Epic Games Store. (Read more:

On the other hand, the popular world-building game Minecraft banned blockchain technologies and NFT from their platform “to ensure that Minecraft players have a safe and inclusive experience.” (Read more: Minecraft Bans NFT and Blockchain)

While,  “Ni no Kuni: Cross Worlds,” a sequel to the popular role-playing game (RPG) Ni No Kuni, received backlash after i tried to venture into NFTs and included play-to-earn mechanics into its gameplay. (Read more: Ni No Kuni NFT and Crypto Features Enrage Fans)

Feature Photo by The World of Dreams