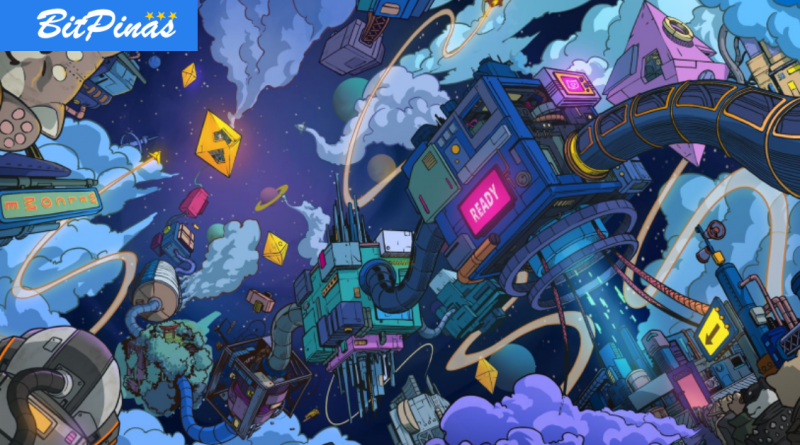 HO CHI MINH CITY, Vietnam – Gaming studio Sipher announced that it has already closed the $6.8 million worth of seed round last September 26, 2021, that will be used to for funding the development of play-to-earn game World of Sipheria and continue to build the tools needed to create compelling, fun and engaging gaming experiences based on blockchain technology.

“The company’s vision is to create an expansive world that will attract and keep the player base engaged for years to come as new worlds, characters and factions are introduced. Sipher is fostering an ecosystem where people can play for fun while also being rewarded for their time spent in-game. By leveraging blockchain technology, Sipher is bringing economic freedom to gamers and providing the community with ownership of in-game assets which directly contributes to the growth and success of the gaming industry,” stressed Sipher.

Founded by prominent Vietnamese Chief Executive Officer (CEO) Nguyen Trung Tin, whose name was listed on Forbes’ prestigious 30-Under-30, Sipher emphasizes that as a pioneer of blockchain technology, it is on a mission to “unify state of the art blockchain tech, artwork, storytelling, multiplayer gaming with decentralized financial technologies.”

The gaming studio highlighted that its next priority is to launch the playable MVP of the first gaming experience in the World of Sipheria.

The game, moreover, is expected to launch in December this year.

“The experience will introduce a cooperative dungeon game mode that will onboard new waves of native and non-native blockchain users through beautiful design and graphics, compelling gameplay, expansive world lore hidden with secrets to be discovered and the ability to take part in the game economy,” it said.

World of Sipheria will have two different play modes: adventure, where players can explore and complete quests, and Multiplayer Online Battle Arena, where players compete for stake, rewards and prestige.

“We believe that the world of Sipheria will be one of the most exciting and adventurous experiences inside the Metaverse. Sipher builds on innovative P2E economics while leveraging both the spirit of crypto culture and mainstream gaming. The art blends a futuristic world of sci-fi and captivating animals, it is internet-native and inspiring, a game that everyone can fall in love with. We believe that Metaverse gaming will unlock a new economic frontier where users can reap the rewards of their time and creativity, and we fundamentally believe in the passion and energy behind Tin and his team. We believe that Sipher is positioned to capture and captivate users across all regions of the world. We are excited to back Sipher and join the world of Sipheria,” backer Michael Arrington of Arrington Capital concluded.

This article is published on BitPinas: Sipher Closes $6.8M Seed Round for play-to-earn game ‘World of Sipheria’

[…] This article is published on BitPinas: Sipher Closes $6.8M Seed Round for play-to-earn game ‘World of Sipheria’ […]

[…] This article is published on BitPinas: Sipher Closes $6.8M Seed Round for play-to-earn game ‘World of Sipheria’ […]

[…] This text is printed on BitPinas: Sipher Closes $6.8M Seed Round for play-to-earn game ‘World of Sipheria’ […]