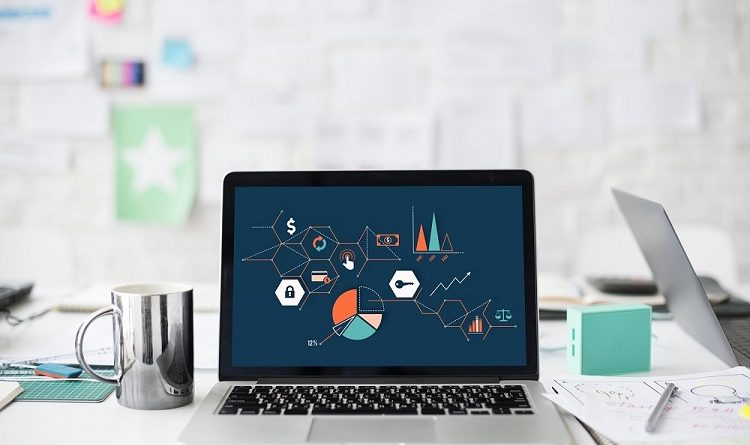 Blockchains have become very popular nowadays. Blocks of data or records are linked with others using cryptography, and the list keeps growing to form blockchains. There are also private blockchains which are used for business purposes. Blockchain helps in distribution of data, but it doesn’t let data to be copied. The digital ledger is programmed to record business transactions and the economic value of the operations. It stands incorruptible, yet. Every block has a timestamp, cryptographic hash and transaction data of the previous block.

The cryptographic hash is used in cryptography, and it is a mathematical algorithm which was created for mapping data of any size with a bit string of size that of the hash. It is a one-way function which can’t be inverted thus preventing corruption. The time stamp records the time needed to create and modify the data. Blockchains became very popular due to cryptocurrencies. Many companies are using bitcoin exchange scripts and even offering escrow services. But, later business ideas kept brewing as companies realized, blockchain technology could be used as the virtual bank that can accept money, move money and make other transactions. It is better than online baking as it involves monitoring, regulation and other restrictions like business hours. Let us see different ways in which blockchain technology has helped business sectors.

The blockchain can be accessed by all the people in the network. Due to this shared feature, the efficiency of supply in the chain has, and there is better collaboration between multiple companies. In case of any disputes or exceptions, there is a streamlined resolution process to solve it. It allows incorporating Internet of Things which helps in further expanding of data flows.

Any business sales are based on responsibility and relationships between parties. The blockchain technology helps in making trusted relationships at affordable prices. It has made payment more secure and reliable.

The blockchain can even replace banks owing to its speed and how easily transactions are made. There is no involvement of a third party or middleman as it is a decentralized medium of the operation which makes it even faster. The processing of credit cards and financial transactions happen in no time.

It all started with bitcoin and other cryptocurrencies, but it became so popular later that other shipping companies are also incorporating it due to its distributed database technology which has transparency. This distributed ledger is made public, and everyone in the network can view the transactions made in the records. Every person who is involved with the transaction can read it but can’t change or tamper the data. This is how the ledger is entirely secure yet transparent. Individual information can be added to view their entire transaction. Due to this technology, the documentation has lessened as data can be accessed securely in real-time. Customers can also track their shipments via this process and speed up its compliance process.

There is a lot of documentation which has to be handled by a company like billing, declarations of customers, certificates of origin and others. Before these documentations reach the desired users, they pass into different hands, and the data might get tampered. The blockchain technology is used by distributors, companies and other regulators to access real-time information using apps. This makes sure that the accurate information is reaching the customer in real time and there is not much paper documentation involved.

The blockchain was mainly designed for the financial industry, and it has enabled smooth transactions of money. There are algorithms which verify digital signatures when a payment is made, and smart contracts are used to evaluate the sum. These apps send the payment to the distributors, manufacturer, and shipper automatically.

Due to difficult transportations, many shipments were damaged and lost. This affects the impression of the company in front of the customer, and this can lead to the loss of the company. By using blockchain technologies, the transparency is enhanced, and anybody can track his asset in real time. Customers are also provided with the facility to give reviews to the transaction and information regarding the blockchain services. To ensure the products are of high quality, they can also check the certificate of origin of the manufacturer. The entre information of the blockchain can be viewed to verify in which part of the supply chain, the damage was done. This makes it easier for the customer to file a complaint.

There has been a lot of click fraud going on which is causing a loss in the company. It is necessary to use blockchain technology to ensure that click fraud is reduced dramatically and the advertising and marketing executives make the most profit and reach the target. The blockchain technology can be used to prevent fraud in many sectors like banking. This can be extended to programmatic media buying if the system can monitor and control the budget. The investment made initially to the media until the final when the content was published can be tracked by the advertisers which could reduce the risk of charging more or less.

The human resources decide how to direct, coordinate the interview, recruit and hire new employees. They do strategic planning by consulting with the top executives. They also determine the benefits, compensation, training and other such factors. The blockchain technologies will soon be incorporated to hire new employees. They will allow the HR professionals to verify the credentials of the candidates who have applied for the job. This will reduce the chances of any of third-party company that provides with wrong information and details of an individual who was working there previously or is going to be hired. Blockchain will also be affecting the payroll in the multinational companies who have foreign employees. The payments will be standardized and made simple using blockchain. It will also change the way how employees are going to save money for their future after retirement.

Blockchain technology has excellent potential to distinguish between smart and dumb money. Although it all started for bitcoins, now it is being incorporated in various sectors, and companies can be transformed using this technology.

[…] Information to that Topic: bitpinas.com/press-release-promotions/press-release/how-blockchain-technology-makes-businesses-efficient/ […]

[…] Read More on that Topic: bitpinas.com/press-release-promotions/press-release/how-blockchain-technology-makes-businesses-efficient/ […]

[…] Find More on that Topic: bitpinas.com/press-release-promotions/press-release/how-blockchain-technology-makes-businesses-efficient/ […]