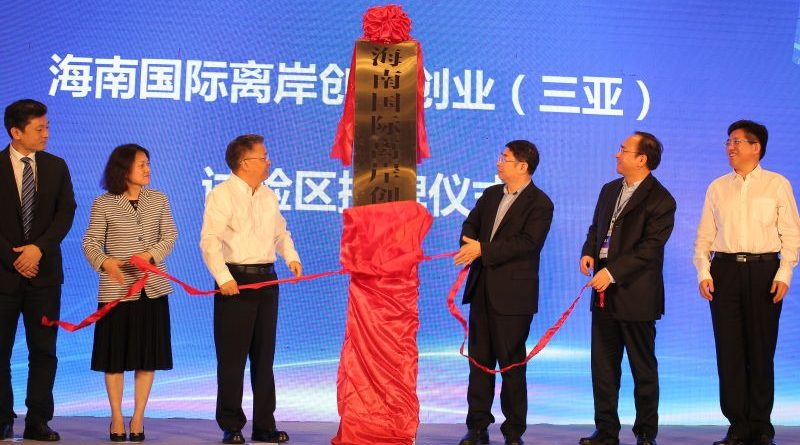 On December 1, OK Group co-hosted the Construction of Hainan (Sanya) International Offshore Innovation and Entrepreneurship Demonstration Zone and Blockchain* Digital Asset Trading Technology Innovation High-Level Forum, in which the first Demonstration Zone in Hainan (Sanya) was officially established. The forum was hosted by the local government in Hainan Province, China to facilitate global innovation and adoption of blockchain technology and industry.

At this forum, OK Group signed a strategic cooperation agreement with the Sanya Government. OK Group will set up its Asia headquarters in the zone, building up a blockchain offshore asset exchange lab, blockchain big data research institute, and blockchain innovation application R&D center in the Sanya Yazhou Bay Science and Technology City.

During a speech on the topic of, “The present and future of blockchain technology”, Star Xu, Founder of OK Group said, “in practice, blockchain is a distributed and immutable database, and the improvement of database technology makes an important role in facilitating the development of Internet in the last 20 years. In short, Blockchain is a distributed database technology with notable features such as cryptography and smart contract to enable a new class of applications such as payments, Internet of Things, data collection, and supply chain. Cryptography is a set of tools used in wallets, transactions, security and data privacy. By using cryptography, safe, immutable and trustless peer to peer transactions could be realized for the first time, as only owners will be allowed to access their assets. Smart contract is a protocol intended to digitally verify, facilitate or enforce the negotiation or performance of a contract. . . In conclusion, this is blockchain.”

OK Group has become a large global blockchain group after 6 years of consistent efforts in the blockchain industry. With the global headquarters in Beijing, OK Group has branches in more than 10 countries, including the United States, Europe, Korea, and Japan. Most importantly, the industry influence, technical strength and talent reserve in the OK Group are all at the top of the industry. We will continue our expansion by setting up the OK Group’s Asia headquarters in Sanya to be a key player that contributes to the growth of the blockchain ecosystem in the region.

[…] Info to that Topic: bitpinas.com/press-release-promotions/press-release/ok-group-joins-first-batch-blockchain-businesses-settled-hainan-sanya-economic-zone/ […]

[…] Information to that Topic: bitpinas.com/press-release-promotions/press-release/ok-group-joins-first-batch-blockchain-businesses-settled-hainan-sanya-economic-zone/ […]

[…] Read More on on that Topic: bitpinas.com/press-release-promotions/press-release/ok-group-joins-first-batch-blockchain-businesses-settled-hainan-sanya-economic-zone/ […]