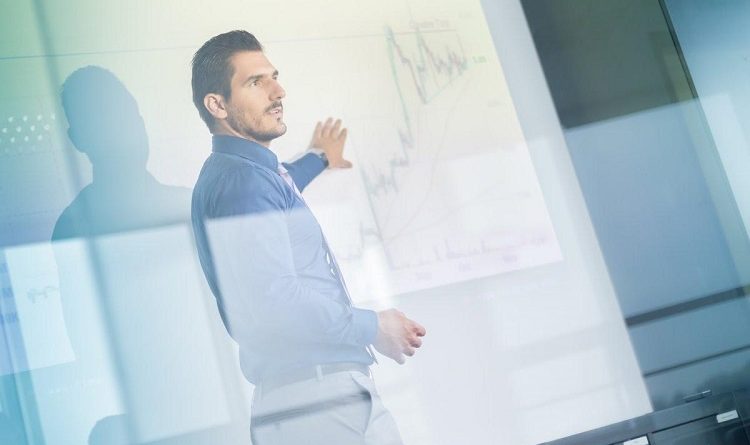 Coinbase announced it would acquire securities dealer Keystone Capital in a bid to be rubber-stamped by the U.S. Securities and Exchange Commission (SEC), while Circle is said to be seeking a federal banking licence.

Now Blocktrade.com – a new crypto exchange aiming to be first ever trading platform to be fully compliant under the EU’s ‘Markets in Financial Instruments Directive’ (MiFID II) framework – has also spoken out in favour of unified legislation to bring ‘transparency’ and safety to investors.

Blocktrade CEO Luka Gubo revealed: “There’s a lot of speculative valuing in cryptocurrencies, so there’s no way to lower the volatility besides regulation to lower the risk.

“We want fund managers to be willing to invest in crypto, moving from traditional investment to crypto asset investment.

“And our goal is to have European regulators recognising crypto as a real asset and to put it into the existing regulatory framework.

“We should have unified regulatory frameworks – not only across Europe but across the globe – which won’t be restrictive, just outline the rules governing the usage of blockchain technology. And any such a framework needs to be rigorous and proper.”

But Mr. Gubo says a regulatory framework for crypto can fall within existing legislation from the likes of the European Central Bank (ECB) European Banking Authority (EBA) and European Securities and Markets Authority (ESMA).

And he says regulations will also attract financial institutions into the blockchain – legitimising the industry for all.

Mr. Gubo, whose Liechtenstein-based Blocktrade venture launches this summer, adds: “When institutional money comes into the cryptocurrency sphere we can expect a lower level of volatility.

“Currently, it’s difficult for blockchain firms to partner with banks.

“And the problem is largely regulatory.

“As a bank, if your CEO says cryptocurrency is a scam, you – as a compliance officer – will be reluctant to align with any businesses operating within that sphere.

“Although the technology itself is superior and offers solutions there’s a problem in terms of credibility.

“When we’re talking about blockchain technology and banks, it’s clear that there can be significant improvements in settling transactions, particularly in terms of post-trades.

“And blockchain technology will definitely make its way into the international banking markets. Personally, I have no idea why banks have so far been reluctant to embrace blockchain.

“But a huge problem we have right now is regulatory uncertainty.

“In Europe, we have many countries opening up to crypto and the blockchain start-ups. But then you look at Germany and they’re not super supportive.

“We should have unified regulatory frameworks – not only across Europe but across the globe – which won’t be restrictive, just outline the rules governing the usage of blockchain technology.”

Mr. Gubo is not alone in calling for regulation – but it’s still a break from the norm in a trading environment notoriously averse to rules and regulations.

In March this year, Bank of England Governor Mark Carney also announced how cryptocurrency exchanges will be policed more rigorously by regulators in order to promote financial stability.

He told the Scottish Economics Conference in Edinburgh: “The time has come to hold the crypto-asset ecosystem to the same standards as the rest of the financial system.

“Being part of the financial system brings enormous privileges, but with them great responsibilities. In this spirit, the EU and the US are requiring crypto exchanges to meet the same anti-money laundering and counter the financing of terrorism standards as other financial institutions.

“In my view, holding crypto-asset exchanges to the same rigorous standards as those that trade securities would address a major underlap in the regulatory approach.”

Mr. Gubo and his Blocktrade team are in the process of obtaining a multilateral trading facility (MTF) licence from Europe.

All assets listed on Blocktrade.com will also have been vetted by the platform in terms of legitimacy, in order to minimise risk for investors and traders.

[…] There you will find 86388 additional Information to that Topic: bitpinas.com/press-release-promotions/press-release/pr-trading-platform-blocktrade-joins-calls-regulate-global-crypto-markets/ […]

[…] There you can find 65895 more Info on that Topic: bitpinas.com/press-release-promotions/press-release/pr-trading-platform-blocktrade-joins-calls-regulate-global-crypto-markets/ […]

[…] There you can find 86577 additional Information to that Topic: bitpinas.com/press-release-promotions/press-release/pr-trading-platform-blocktrade-joins-calls-regulate-global-crypto-markets/ […]

[…] Info on that Topic: bitpinas.com/press-release-promotions/press-release/pr-trading-platform-blocktrade-joins-calls-regulate-global-crypto-markets/ […]

[…] Info to that Topic: bitpinas.com/press-release-promotions/press-release/pr-trading-platform-blocktrade-joins-calls-regulate-global-crypto-markets/ […]

[…] Here you will find 78334 additional Info on that Topic: bitpinas.com/press-release-promotions/press-release/pr-trading-platform-blocktrade-joins-calls-regulate-global-crypto-markets/ […]