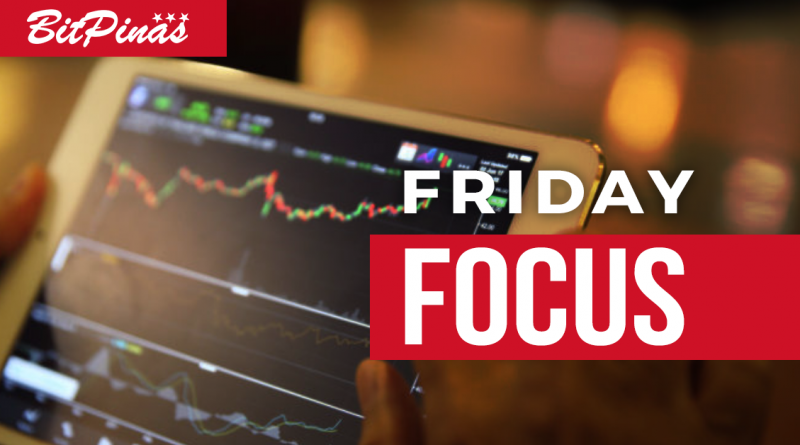 Good afternoon. Welcome to Friday Focus, part of our new series: BitPinas Daily. We will look at the price of Bitcoin, Ethereum and the major cryptocurrencies. Crypto is global, but sometimes news that matters happens while we sleep. So we bring to you what’s happening in our space here and abroad.

Today, legendary auction house Christie’s will be auctioning off 9 CryptoPunks.

In the summer of 2020, there were news of phishing attacks against Ledger users, leading the firm to discover that it suffered a data breach in June 2020. The hardware wallets were not compromised, but due to the data leak, some users reported threat of home invasion and other scare tactics. Hackers and criminals knew their emails and physical addresses to issue threat of violence unless they give their crypto.

According to The Block, the question for this case is who will be responsible for what. This is what’s written in the complaint:

“[b]y operating in the crypto-asset security space, Ledger places itself between user’s funds and would-be hackers. The anonymity of its customer list is a key and obvious element of the security that Ledger offers.”

The law firm handling the case also has this to say:

“The case is noteworthy because two very large and sophisticated companies handling sensitive information will need to explain why it took them so long to warn their customers about such an awful and highly damaging incident.”

Forbes Sold an NFT of Its Winklevoss Issue Cover for $333,333

“We like to say our covers of the world’s billionaires and next-generation entrepreneurs are the most-valuable real-estate in media for their ability to capture the people who are shaping our world in real time. As we watch the rapid rise of cryptocurrency and its mainstreaming across the world, we’re capturing a unique moment in time and also playing a role ourselves.”

The HK-listed app developer said it purchased 175.6 BTC for $10 million. This brings the company’s total holdings to over 940 BTC. The company also owns 31,000 ETH as part of its foray into the blockchain industry.

According to Decrypt, Meitu said that the investment was done because they believe crypto has ample room to appreciate in value. The crypto could serve as an alternative to cash.

Coinbase Institutional previously announced that it handled the buying and storing of Meitu’s coins.

This article is published on BitPinas: Class Action Lawsuit Against Ledger, Shopify for Data Breach (April 9, 2021)

[…] Read More on that Topic: bitpinas.com/price-analysis/friday-focus-class-action-lawsuit-against-ledger-shopify-for-data-breach-april-9-2021/ […]

[…] Read More on that Topic: bitpinas.com/price-analysis/friday-focus-class-action-lawsuit-against-ledger-shopify-for-data-breach-april-9-2021/ […]

[…] Read More on on that Topic: bitpinas.com/price-analysis/friday-focus-class-action-lawsuit-against-ledger-shopify-for-data-breach-april-9-2021/ […]