Good morning. There is one big story, and everything else. It’s in the headline.

Welcome to Tuesday Trades, part of our new series: BitPinas Daily. We will look back at all the major news and updates that happened this week. Crypto is global, but sometimes news that matters happens while we sleep. So we bring to you what’s happening in our space here and abroad. We highlight three to four important news of the past week and list down the rest.

Everyone was waiting for this announcement. CZ once said it will happen. It’s just a matter of when.

Tesla has put $1.5 billion worth of Bitcoin under a new investment policy that would allow them to acquire and hold digital assets from time to time and in the long term.

The filing also said Tesla will begin accepting Bitcoin as payment for its electric cars and other products soon.

If we remember, Musk once asked on Twitter if large Bitcoin transactions are possible. He asked this to Michael Saylor, whose company did something similar.

On this special day, Saylor congratulated Musk and Tesla:

Price of Bitcoin responds to Tesla and Elon Musk story, breaks past $47,000

Bitcoin’s “supposed” to trend sideways in the next few weeks according to our respected analysts on Twitter. But Elon Musk demonstrated his ability to move markets yet again. Bitcoin moved past the new strong resistance at $40,000 and went up. And up. And up. At the time this article is written, Bitcoin was at $47,000.

News of Tesla’s announcement spread like wildfire immediately, and many traders and investors rushed to crypto exchanges whether to buy or sell Bitcoin.

According to Coindesk, Binance, Gemini and Kraken experienced technical issues on web and mobile because of a surge of bandwidth demand from their users. All exchanges’ functions have reverted back to normal at the moment.

Surprisingly, Coinbase did not experience an issue according to the publication….

The move by Tesla is not without its critics. Gary Black, a private investor and a former Goldman Sachs executive said he has exited his $TSLA positions because of “risky capital allocations.”

Tesla, he argued has always been risky but adding Bitcoin made it more risky. He also did say that he’s not saying he won’t be back to buying the stock soon. “I’ve made a lot of money on $TSLA over the past 18 months and will look for a lower entry point to get back in.”

This article is published on BitPinas: Tuesday Trades: Elon Musk’s Tesla Invests $1.5 B in Bitcoin

[…] This article is published on BitPinas: Tuesday Trades: Elon Musk’s Tesla Invests $1.5 B in Bitcoin […]

[…] later, it was revealed that Musk’s company – Tesla, has invested $1.5 billion into Bitcoin. Just like that, and the price never went below […]

[…] later, it was revealed that Musk’s company – Tesla, has invested $1.5 billion into Bitcoin. Just like that, and the price never went below […]

[…] a number of important news regarding institutional adoption. One key highlight was Tesla announcing it invested $1.5 billion into Bitcoin. Bitcoin cemented its place above $40,000 in February and at the time this article is written, it […]

[…] a number of important news regarding institutional adoption. One key highlight was Tesla announcing it invested $1.5 billion into Bitcoin. Bitcoin cemented its place above $40,000 in February and at the time this article is written, it […]

[…] Read More to that Topic: bitpinas.com/price-analysis/tuesday-trades-elon-musks-tesla-invests-1-5-b-in-bitcoin/ […]

[…] Read More on to that Topic: bitpinas.com/price-analysis/tuesday-trades-elon-musks-tesla-invests-1-5-b-in-bitcoin/ […]

[…] Here you can find 7298 more Information to that Topic: bitpinas.com/price-analysis/tuesday-trades-elon-musks-tesla-invests-1-5-b-in-bitcoin/ […]

[…] Find More on that Topic: bitpinas.com/price-analysis/tuesday-trades-elon-musks-tesla-invests-1-5-b-in-bitcoin/ […]

[…] There you will find 54653 additional Info to that Topic: bitpinas.com/price-analysis/tuesday-trades-elon-musks-tesla-invests-1-5-b-in-bitcoin/ […] 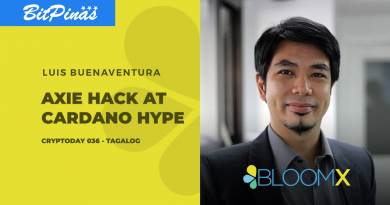 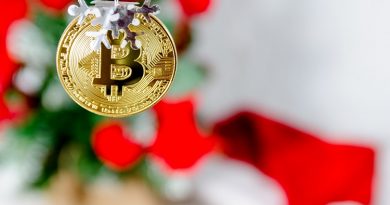