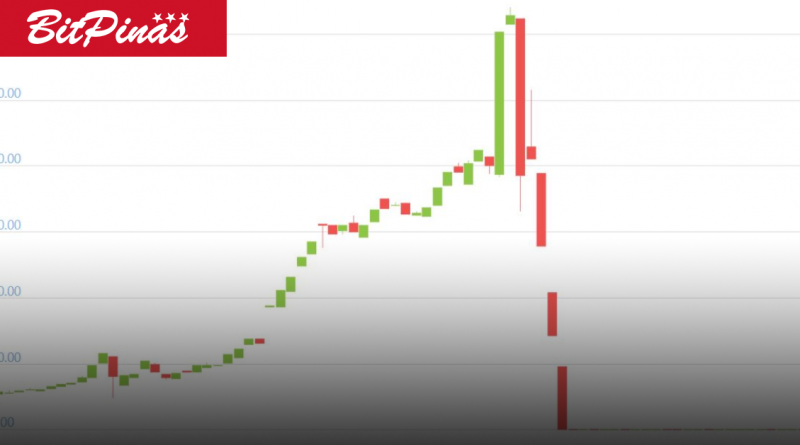 At its peak total value locked (TVL) of over $3 billion, Iron Finance was the new DeFi darling. But it imploded, the TITAN token, which is the collateral token of the protocol rose to $64 and then back to nearly zero on June 16. Investors including Mark Cuban lost a lot their money.

Iron Finance has two tokens. The $IRON stablecoin is pegged at $1. Its value is backed by USDC and TITAN, the collateral token. In the beginning each IRON is 100% backed actually by USDC, but when demand increased and new capital came in, that 1 USDC was gradually reduced and replaced by a portion of TITAN. As Defiant stated, this mechanism created a feedback loop as more TITAN is required to mint each new IRON token. Coupled with yield farming, the TITAN token increased in price and gave more yields to farmers, leading to more demand — more people participating, and so on.

Some investors took profit at $64, causing the price to drop to $60. When it dropped further, large investors sold theirs as well, pushing the price further and further. At one point, it went back up from $30 to $50, more and more TITAN tokens got minted. What was supposed to be just 1 billion tokens ballooned to 33 trillion.

In a turn of events, Mark Cuban is now calling on regulators to “define what a stablecoin is and what collateralization is acceptable.”

Data from BTC.com reveals the majority of the 15 Bitcoin mining pools have seen notable hash rate drops. These mining pools are either China-based or serving China-based investors. The plunge was due to new ruling from the Sichuan government to order state owned power grids to terminate supply to 26 mining farms. The ruling also required further inspection of the mining farms and those using hydroelectricity coming from the State Grid.

Whether this event is already priced in by the market or not remains to be seen, because Bitcoin has been on a downtrend since June 15.

Why Ethereum Gas Fees Have Plunged?

It is now relatively cheaper to transact again on the Ethereum network. For $4 or less you can send something. Unlike last March and April where many experienced paying $100 for, say, buying an NFT art.

Yield Guild Games (YGG) has raised $4 million to accelerate its mission of bringing the “play-to-earn” phenomenon to more players around the world, the decentralized autonomous organization (DAO) announced today. The Series A investment is led by BITKRAFT Ventures, a global investment firm for gaming, esports and interactive media. The round was also participated by A.Capital Ventures, IDEO CoLab, Mechanism Capital, and ParaFi Capital as well as existing investors Animoca Brands, Ascensive Assets, and SevenX Ventures. (Read More.)

Outplay Games (OP) Games, a platform that lets developers and communities own, run, and monetize games as a collective join forces with Gitcoin, a community for developers to collaborate and monetize their skills while working in open source projects through bounties & grants, to become the bridge for game developers to Web 3.0.

As one of the lead sponsors for Gitcoin Grants Round 10 Hackathon that will run from June 16th to July 7th, OP Games had put 3 bounties on its Gitcoin page amounting to $7,500 as reward. (Read More.)

Another week, another SEC advisory. The Securities and Exchange Commission (SEC) issued an advisory against Reposco Trading.

Reposco Trading claims that they are using blockchain technology to offer decentralized and  democratized investment plans that promise weekly dividends based on their sports arbitrage, forex, and oil options gains. The SEC also said there were news reports alleging that Limjap has defrauded numerous Filipino investors by soliciting money from them with a promise of twenty percent (20%) return of investment in a ninety (90) day period maturity. (Read More.)

P2P Transactions on Paxful and LocalBitcoins have declined.

The volume of Bitcoin transactions in the Philippines in May 2021 has decreased by 7% compared to the previous month according to data available for peer-to-peer exchanges Paxful and LocalBitcoins. This is the second straight month when the combined volume on both marketplaces has exceeded $6 million, with Paxful getting the lion’s share of the volume. (Read More.)

PINASining II: Past Winners Give Advice to New Participants

The Sandbox together with the BlockchainSpace is bringing back PINASining II to promote creators in the Philippines and around the globe. PINASining II is the second voxel contest for creators to build Philippine-themed voxel assets for the Metaverse.

Check out the advice of past contest winners to new participants here and here.

Bitcoin or Tradition Assets? Here’s What the Ethereum Co-Founder Has to Say 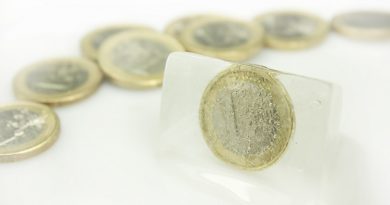