It is after Diokno officially handed over the governorship of the Central Bank to former Monetary Board Member Felipe Medalla during the Anniversary Program and Turnover Ceremony of the BSP.

As BSP Governor, Diokno, apart from being the navigator of the country’s monetary policy, was also the key decision-maker when it comes to rules and regulations regarding cryptocurrency in the Philippines. Under his watch, the BSP increased the number of licensed virtual currency exchanges to 19 and made CBDC (central bank digital currency) a priority, to be implemented via a pilot this Q4 2022.

According to Diokno, his main focus as the head of DOF is to attain an A-level credit rating, stating that he plans to add and implement policies that will push forward this goal in the coming years.

“Before the pandemic, the Philippines was on its way to an A-level credit rating. The virus set us back temporarily but the Philippine economy remains strong, and the government has sustained the reform momentum,” he added.

He emphasized that this goal can be achieved by improving tax administration and adopting a fiscal consolidation framework, among others.

“The tax system has recently been reformed. There are many changes that were done by the present administration. There is room for better tax collection,” Diokno stressed in highlighting a taxpayer-friendly system.

In addition, according to DOF’s website, Diokno also seeks to rally the economic team to achieve three broad development goals by 2028: reduce the deficit-to-GDP ratio to pre-pandemic rates, bring down poverty incidence to single-digit, and achieve upper-middle-income economy status by the end of the Marcos administration.

Under Diokno, the BSP reduced interest rates to a historic low of 2 percent and cut the required reserve ratio for banks to 12 percent to support lending and boost the economy.

“As Finance Secretary, I will strive to continue prudently and carefully balancing the need to support economic growth, on one hand, and to maintain fiscal discipline, on the other. Any job, I just do the best I can, given the resources and look for the best way to execute whatever assignment I have and to make sure that the association I’m associated with will be in a much better place than the institution that I inherited. Improve what you’re presented with,” Diokno concluded.

He will replace outgoing Finance Secretary Carlos Dominguez III, who proposed to the new administration the taxation on crypto by 2024. It should be remembered that Diokno disagreed with the proposed tax reforms.

This article is published on BitPinas: Former BSP Governor Benjamin Diokno is Now the Finance Secretary 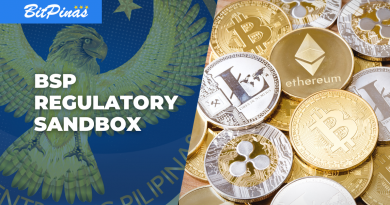 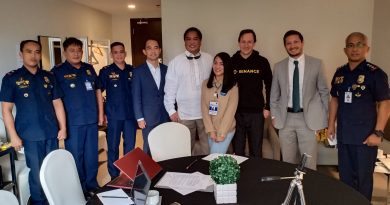