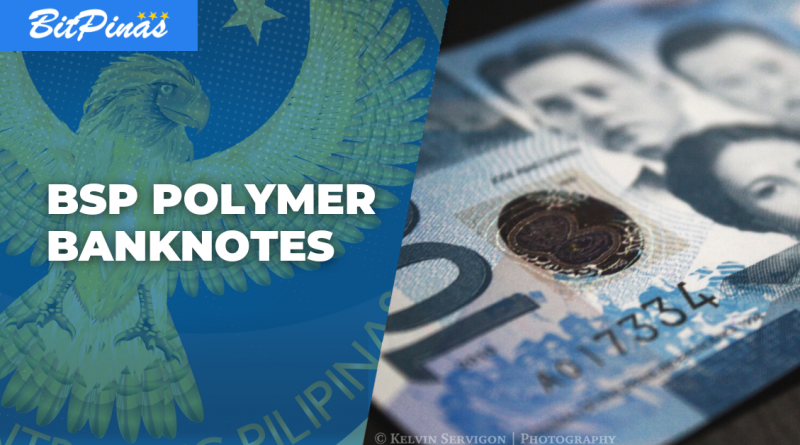 Bangko Sentral ng Pilipinas (BSP) Deputy Governor Mamerto Tangonan stated that the new polymer banknotes are more hygienic, environmentally friendly, and cost-efficient compared to the current bills that are made of abaca and cotton. Moreover, according to the BSP, shifting from paper to polymer banknotes will result in P2.4 billion in savings.

In a recent Senate hearing of the Senate Committee on Banks, Financial Institutions and Currencies, Tangonan cited a number of research conducted globally highlighting that polymer banknotes prevent the spread of bacteria due to its non-absorptive surfaces.

“Using data on the actual volume of 2021 new banknote withdrawals by banks from the BSP and lifespan assumptions ranging from 2.5 times to 4 times longer than that of paper, estimated production savings amount to P1.26 billion to P2.4 billion, holding other factors constant… higher production savings would redound to higher net profits, 50 percent of which accrues to the national government,” he explained.

Moreover, Tangonan emphasized the recyclable property of polymer, which will allow “it to have more than one life.” Creating the notes also leaves a lower carbon footprint, and with its longer lifespan, cheaper replacement, and lower manufacturing costs, polymer notes can save the BSP 40 percent to even 60 percent.

“The manufacture of banknotes does not represent the end of life for the resource as it can be used to produce other products, creating further value for the society,” he stated.

While the shift seems promising overall, concerns were raised regarding the abaca industry. However, Tangonan stated that they are not directly affected:

“Our existing paper banknote substrate is composed of 80 percent cotton and 20 percent abaca. Abaca farmers do not directly supply abaca to the BSP for the production of cotton-abaca banknotes. Instead, they supply abaca pulp to various processors and exporters.”

In line with improving the financial transactions in the Philippines, former BSP governor and current Department of Finance (DOF) Secretary Benjamin Diokno stated during a hearing that “there is no question that blockchain is superior” and it is the concept of the central bank digital currency (CBDC). (Read more: There’s No Question That Blockchain Is Superior)

Last March, the BSP announced that it would pursue the pilot project of a wholesale CBDC as part of its aim to promote the stability of the country’s payment system, and it is scheduled for launch in Q4 2022.

A CBDC is a digital currency centralized, issued, and regulated by a central bank that can serve as a medium of exchange or store of value. It is basically the digital form of traditional money issued by a national bank.

However, despite claiming the superiority of blockchain Diokno mentioned in a prior hearing that, for now, “CBDC is not yet worthwhile for the Philippines.” (Read more: DOF Chief Diokno: This is Not The Right Time for CBDCs)