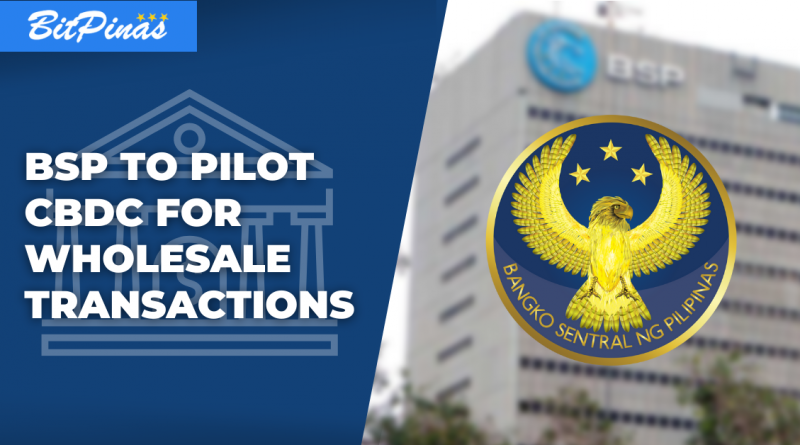 In a media release, the Bangko Sentral ng Pilipinas (BSP) announced that it will pursue the pilot project of a wholesale central bank digital currency (CBDC). The initiative is part of its aim to promote the stability of the country’s payment system.

A CBDC is digital currency centralized, issued, and regulated by a central bank which can serve as a medium of exchange or store of value. A CBDC is a stablecoin pegged to peso.

It is basically the digital form of traditional money of a national bank. Unlike cryptocurrencies, CBDC is regulated by a country’s central bank, governed in terms of supply and value by a country’s monetary policies, trade surpluses, and more.

BSP said the move, called Project CBDCPh, will test the use of CBDCs for large-value financial transactions on a 24/7 basis across a limited number of financial institutions.

The BSP noted that wholesale CBDCs are restricted mainly to banks and other financial institutions. This is in contrast to the general purpose or retail CBDC which is intended for use by the general public.

Moreover, the BSP said that it is exploring the potential use of wholesale CBDCs in areas where these can yield the greatest value-adding benefits to the payment system.

He added that “Project CBDCPH” will be a major step not only for the Philippine central bank, but also for the entire finance industry in further understanding the opportunities and risks of wholesale CBDCs. Diokno noted this during the recent 14th Annual Group of 24/Alliance for Financial Inclusion Policymakers’ Roundtable discussion at the IMF-World Bank Spring Meetings.

The BSP announced their plans to roll out the Project CBCDPH as early as March 7 this year, although Diokno firmly said that the central bank was unlikely to issue its own central bank digital currency a month prior. (Read more: BSP To Pilot Central Bank Digital Currency Project)

This article is published on BitPinas: BSP To Pilot CBDC for Wholesale Transactions 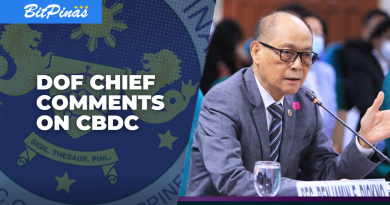 Finance Chief Diokno: This is Not the Right Time for CBDCs