The Philippine Securities and Exchange Commission (SEC) is now allowing qualified investment companies from the Philippines to offer its shares to Malaysia, Singapore, and Thailand, and vice versa, following the issuance of the SEC Memorandum Circular No. 9, Series of 2021, or the Rules on Authorization of an Investment Company as a Qualifying CIS and Recognition of a Foreign CIS under the ASEAN CIS Framework. The new rules will support the implementation of the ASEAN Collective Investment Schemes (CIS) Framework.

The rules operationalize the Supplemental Memorandum of Understanding (MoU) signed by the SEC together with the Securities Commission Malaysia, the Monetary Authority of Singapore, and Securities and Exchange Commission of Thailand on May 11, 2021, which officially welcomed the Philippines as the fourth signatory to the ASEAN CIS Framework; allowing investment companies incorporated in the Philippines who intend to participate in the framework, as well as foreign CIS of member jurisdictions that will offer for sale units in the Philippines or other qualifying CIS as allowed under the ASEAN CIS Framework.

The ASEAN CIS Framework is one of the initiatives undertaken by the ASEAN Capital Markets Forum (ACMF), which allows fund managers operating in a member jurisdiction to offer CIS such as unit trust funds or mutual funds to retail investors in other member jurisdictions under a streamlined authorization process.

The investment company must be assessed by the Commission as suitable to be a qualifying CIS, and the parties involved such as the fund manager and the proposed cross border offering is fully compliant with the SRC, ICA, and their respective implementing rules and regulations (IRR), as well as provisions of the Standards of Qualifying CIS.

Under Republic Act No. 2629, or the Investment Company Act (ICA), as well as Republic Act No. 8799, or the Securities Regulation Code (SRC), an investment company and its fund manager may be authorized as a qualifying CIS only if they are duly incorporated in the Philippines and are authorized to issue shares to the public.

Shares will only be allowed to be issued by qualified investment companies from the Philippines. Companies offering both shares and units are still eligible to participate in the framework, but only shares can be offered cross-border.

Furthermore, the investment company must comply with both domestic regulations and Standards of Qualifying CIS. In instances where two sets of requirements differ on a particular provision, the stricter requirement must be followed as such in the prospectus of the fund. The SEC will review and assess the application for authorization of an investment company as a qualifying CIS within 21 business days from the submission of complete documents.

Additionally, the foreign CIS must be concurrently offered in the Philippines and in its home jurisdiction. It must comply with the Standards of Qualifying CIS, along with its CIS operator and trustee/fund supervisor; and must also comply with the disclosure requirements of the SEC.

The operator of the foreign CIS will likewise be required to appoint a local representative on each foreign CIS to be offered, marketed, and distributed in the Philippines. The representative could be a mutual fund distributor, fund manager, or securities broker/dealer who has corresponding licenses from the SEC.

The local representative will represent and act on behalf of the foreign CIS and its CIS operator for all matters relating to that foreign CIS, including making certain reports and documents available to investors, and keeping a registry of investors readily available to the Commission, among others.

The CIS operator is further required to appoint one or more local distributors for the purpose of offering, marketing, or distributing a foreign fund that will be offered in the Philippines. The distributor could be a mutual fund distributor, fund manager, or securities broker/dealer, provided that they have at least one certified investment solicitor.

A single entity can act as both local representative and distributor if it possesses all licenses required by the Commission under the memorandum circular.

The SEC may refuse to recognize or approve a foreign qualifying CIS for public offer in the Philippines if the CIS Operator or qualifying CIS was found to have submitted false or misleading information to either the home regulator or the commission; or if they were found to be misrepresenting or defrauding investors.

They may also be rejected if the CIS operator, qualifying CIS, trustee/fund supervisor contravenes any obligations in the applicable constitutive documents; if they have failed to comply with any resolution passed by investors; or if they were found to have contravened any laws, regulations, Standards of Qualifying CIS, or administrative provisions imposed in the home jurisdiction or in the Philippines.

Existing provisions under Rule 12.1 of the IRR of the ICA as well as applicable provisions of the SRC shall apply to the reportorial requirements of the investment company that will participate in the framework.

Meanwhile, the foreign CIS’ operator or authorized representative must submit an updated prospectus within 15 days from the time it was updated and/or approved by the home regulator or after lodgment with the home regulator, whichever is applicable.

It must also submit the annual reports and interim reports in the same manner and within the same period that they are required by the home regulator, as well as a current report on SEC Form 17-C, as may be necessary.

The CIS operator or authorized representative of the foreign CIS must likewise submit a monthly report within the same period it is required by its home regulator, or within 30 days from the order recognizing the qualifying CIS and within the first 10 days of every month thereafter, if not required by the home regulator.

The applicable provisions of the SRC, ICA and their implementing rules and regulations on civil and/or criminal liabilities shall apply in case of any violation relative to the offering of the foreign CIS in the Philippines.

This article is published on BitPinas: SEC Issues Rules for ASEAN Cross-border Investments

[…] This text is revealed on BitPinas: SEC Issues Rules for ASEAN Cross-border Investments […] 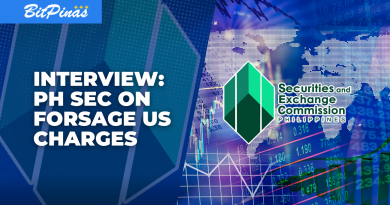 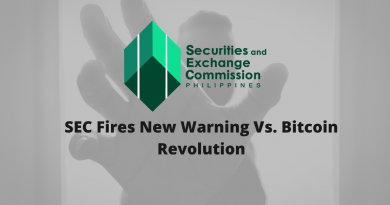 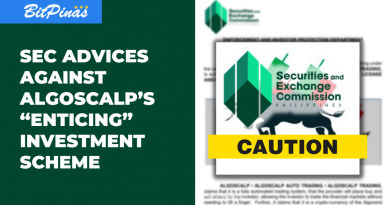 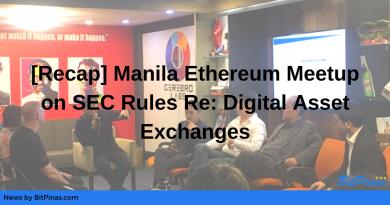